Flex Lewis Does Rows Even Through Injury 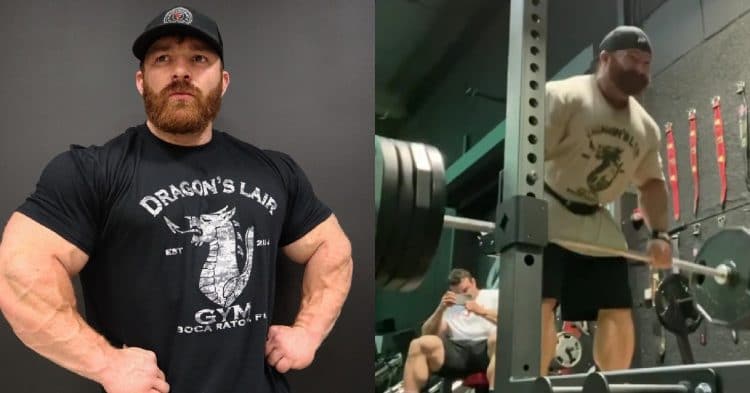 Flex Lewis has done a lot of things to earn respect in the bodybuilding community. However if for some reason you still did not appreciate him, he did some work recently that was enough to inspire basically anyone.

Lewis is one of the most accomplished 212 bodybuilders of all time, having won a whopping seven consecutive Olympia titles. He is widely regarded as the greatest 212 bodybuilder ever, and it is hard to argue that sentiment. Now that he is making the move to the Open division, it will be fascinating to see if he can have similar success here.

With these big changes coming, Flex Lewis can not be deterred by something like a global health crisis, or a simple injury. That is why he was seen on Instagram recently, doing a hard row set even though he says he likely has a dislocated wrist. It was quite an impressive feat to see.

“My wrist still dislocated/ popped going on 3wks with all Doctors in Quarantine we pushing and training as hard as possible under the circumstance.
Smashed out 10 reps shouted on by @ifbbjondelarosa @rafabrandaopro from a social distance!
Then I seen @lukesandoe hit out 12 reps on his IG, cheered on by his dog “wicket” also from social distance!”

It is not uncommon for athletes to train through minor injuries, but it was still impressive to see him push through it so simply. In the post, he heavily compliments Luke Sandoe, who was also looking great recently. Honestly, it is tough to decide which of these two bodybuilders looked better with their row sets.

Flex Lewis was recently granted a special invitation to the 2020 Mr. Olympia, where he will make his Open debut. Judging by the way he looks here, it seems that he has been working hard to get ready for that, provided it still happens as planned. It is good to see that he is still working, even with an injury and everything going on in the world.