Gabi Dixson beat three out of the four men in the identical Hercules Hold event. 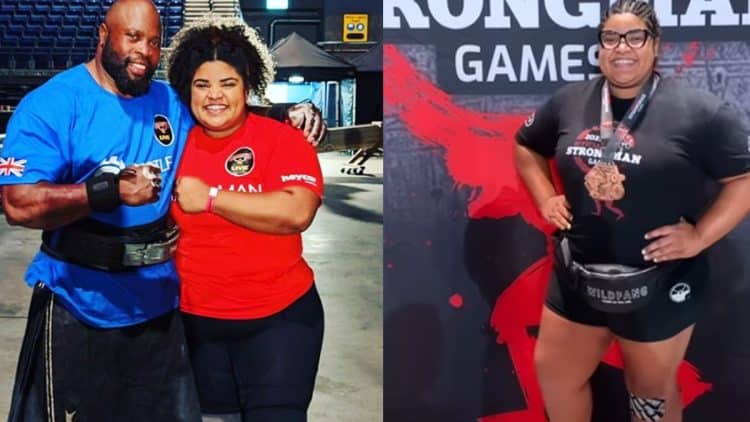 The first edition of the 2022 World’s Strongest Nation contest took place in Liverpool, England on November 26th. The 2017 World’s Strongest Man, Eddie Hall, led Team UK to victory against their rivals, Team USA, whose captain was Martins Licis. Martins was a late addition to the squad, as Robert Oberst was the initial captain of Team USA.

During the 2022 World’s Strongest Nation contest, there was never a dull moment. The event also featured some amazing performances, despite some unfortunate happenings, such as Eddie Hall‘s injury. Gabi Dixson displayed a level of skill unprecedented in the Hercules Hold event.

In total, eight competitors got to participate in the Hercules Hold — four men and four women. Regardless of the gender, every athlete took on the identical Hercules pillars, meaning that the women held the same weight as men. In this ultimate grip strength test, Gabi Dixson managed to outperform all three Strongwoman athletes, as well as three of the four men’s athletes.

The best time was in possession of none other than the World Record holder in this event, Mark Felix, who managed to hold the pillars for 1:28.35. However, the second-best time was Gabi Dixson’s, as it came out to 1:08.61. With this, she beat the likes of Kevin Faires, Martins Licis, and Gavin Bilton.

Apart from the Giants Live YouTube channel, Gabi Dixson also shared a video of her incredible display of strength on TikTok.

It is apparent that she smiles through the pain, aware of how impressive her performance is. Her song choice over the video also made the footage look even more epic.

With some additional training and experience, Gabi Dixson will undoubtedly become a contender for the most prestigious titles. She already has a few events in which she is incredible, as shown in Hercules Hold. She is also an amazing deadlifter, as she demonstrated earlier this year, having locked out 600 pounds raw.

The 2022 World’s Strongest Nation proved to be a major success and it could be incredible in regards to the development of Strongwoman. There were many women who made the show more exciting, but Gabi Dixson stood out. Gabi showed that women are capable of competing with men and even excelling at certain events with similar weights.