Chris 'Psycho' Lewis has put together a GoFundMe page, with the proceeds going to the daughter of Shawn Rhoden 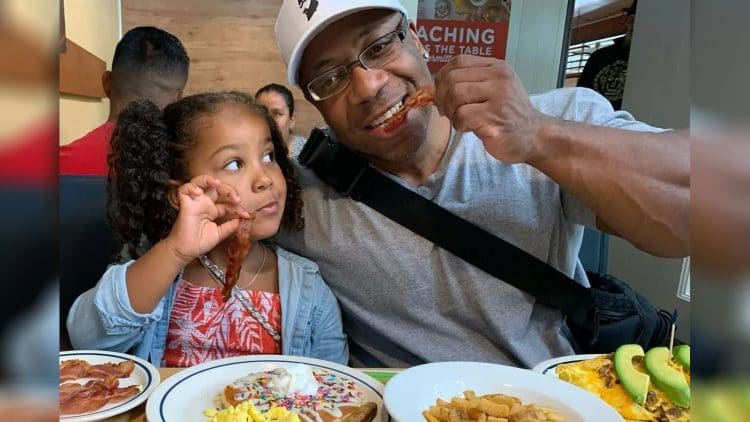 As terrible as it was for the bodybuilding community, to hear the news that Shawn Rhoden had passed away, it is important to remember that he had a daughter who is suffering from this loss. To help with that, Chris Lewis has set up a GoFundMe page, with donations going to her.

The bodybuilding world was devastated to hear that Rhoden had passed away at the age of 46 years old, due to still uncertain circumstances. As a former Olympia champ, this news rocked the community, with some pointing to his lack of ability to compete as being a cause of stress which led to his death.

One of the worst parts about his untimely death, is the fact that he is leaving behind a daughter. However, bodybuilding trainer Chris Lewis has not forgotten about this, and has started a GoFundMe page, with proceeds going to Shawn’s daughter, to help her with moving forward in life.

“This fund is set up to support the daughter of Shawn Rhoden. I, like many of you were devastated to hear the news of 2018 Mr. Olympia’s passing on November 6, 2021. As a bodybuilding community I know we are shocked, heartbroken and struggling to make sense of it all,” the description reads.

“Shawn has left behind a six year old daughter, Cora Capri Rhoden. Shawn was an amazing father and would do anything for Cora.
We want to support Cora for everything that she may need in her future years. We have organized this Go Fund Me on behalf of family, friends, and the bodybuilding community. Your donation will help with everything from day-to-day necessities, to investing in a college fund.
Thank you for your continued love and support.
And to Shawn, this is the best way I could think of to honor you – we will not forget you.”

At the time of writing, the GoFundMe has accrued just under $10,000 of it’s $100,000 goal. This is a noble effort from Chris Lewis, so that he can help provide support to a little girl who just tragically lost her father.