Julius Maddox Does 600lb Bench Press Set For 9 Reps, Throwing Shade At Officials Who Made Him Fail 800lb Record 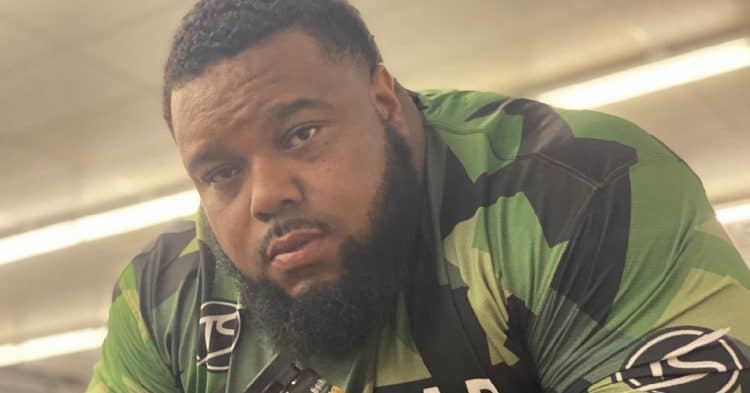 Julius Maddox tweaked his back when failing his world record bench press a few weeks back. Now in his second session since then, he absolutely walked through a solid bench set.

There was a ton of buzz surrounding the 800lb bench press world record that Maddox attempted, last month. He had been preparing for a while, and it seemed like he would he successful after an easy warm up lift. However a misload on the second lift would leave him missing the 800lb mark. Although he got another try, this misload resulted in a tweak to his back and his bicep, so he was unable to reach his goal.

Since that mishap, Julius Maddox has had one session in the gym again. However a recent post to his Instagram showed that he was back in the training room again, moving some serious weight. He showed this by blasting through a solid 600lb bench for 9 reps.

Some tongue-in-cheek hashtags directed at the officials who messed up his world record aside, this was a solid performance. It seems that, while he has done some other training work, this was only his second bench press session since the minor injury. He is already looking smoother, compared to the two sets of a 586lb set he did for six reps a few weeks earlier.

It is good to see that Julius Maddox is moving on so quickly from the undeniably frustrating events that transpired. Since that incident, he has also gone on record suggesting that he was having some problems with payment from the World Ultimate Strongman. Whether or not he will work with them again in the future is still to be seen, but we are all hoping to see him give this 800lb world record another try soon, this time with #NoMisloads, as he put it.

Larry Wheels Opens Up About Overcoming His Battle With Addiction