The Persian Wolf is ready to hunt at the 2020 Mr. Olympia competition. 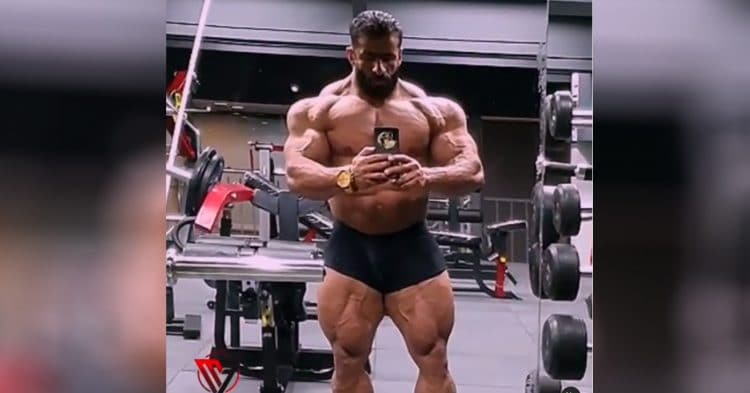 Iran’s Hadi Choopan was undoubtedly the biggest surprise at the 2019 Mr. Olympia competition placing third just behind William Bonac. What’s even more impressive was that it was his first appearance in the Open division and many thought he could/should have won. Not to mention, he nearly missed out on competing last September because of the travel restrictions, although the Olympia was able to help him get his travel visa.

Well, the Persian Wolf has qualified for the upcoming Olympia this December, and Chief Olympia Officer Dan Solomon is apparently working hard to get Choopan into the US so that he can compete in the major event.

But if all goes as planned and Choopan comes in a little better than last year, he’s going to give the Open competitors a real problem. His manager and childhood friend Madhi Parsafar recently shared a video of Choopan’s physique on Instagram and he’s looking champion-caliber several weeks out from the 2020 Olympia.

Of course, though, it’s what you bring on the day of that really counts, but seeing that you could make a case for him winning the title last year, we expect that he’ll show in looking his best.

This year’s Olympia is going to be very exciting with 7x Mr. Olympia Phil Heath coming back, plus Big Ramy was given a special invitation after missing out on qualifying due to having Covid-19. And, of course, reigning champ Brandon Curry and other top competitors will be in the lineup.

But Hadi Choopan has become a real crowd favorite and we hope he can compete this year because it would make for an amazing contest.

If anyone's back was big enough to carry the sport, it was bodybuilding legend Dorian Yates'. In a recent update...

Retired IFBB Pro Dennis Wolf has led a successful career in the sport, having competed on some of bodybuilding's finest...