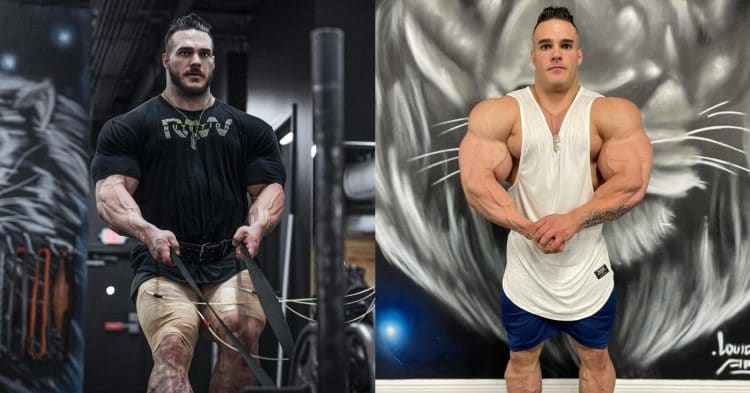 There is no doubt that Nick Walker is one of the favorites to win the 2021 New York Pro. That said, if you were still questioning this, he dropped a recent physique update that should reassure you of this fact.

After earning his highly anticipated Pro Card, Walker wasted no time making his debut at the Chicago Pro a short time later. It was clear by his 4th place position here, that he was the real deal and worthy of the praise he received early in his career.

Now he is set to make his second pro appearance, at the upcoming 2021 New York Pro. This is a highly anticipated contest, especially given the beef that he has had with fellow competitor Blessing Awodibu, but also because of the other elite athletes taking the stage.

With about a week and a half to go until the New York Pro, Nick Walker decided to give a bit of a physique update to check in before the show. It is safe to say that he is ready and excited to compete.

Posting to Instagram, Nick shared a glimpse at his arms following a chest and bicep workout. The pump is still there too, as he looks massive and puts his vascular arms and shoulders on display for all to see.

“Post chest and biceps with @mattjansen8 in that fresh @youngla tank and shorts,” Walker wrote.

Things are certainly coming along for Nick as his prep for this contest comes to a close. This will be the first time that he has competed in about seven months, and it is clear that he has been spending this time making improvements.

We have been watching the growth of Walker over that span of time, and he has given a look into the work he has been dong. Even as the days tick down to lead to the show, he still shares updates of his training that show how hard he is working, day in and day out.

The majority of the talk has been about Blessing Awodibu and Nick Walker ahead of the 2021 New York Pro, but there are plenty of other names worth mentioning. In fact, there are some that people would argue are a better fit to win the show.

That said, Nick is absolutely going into this show with everything he has, and he will not go out without a fact. So whether it be him, Blessing, Hassan Mostafa, or one of the other athletes that walks away with the win, it will clearly be the person who deserves it most.