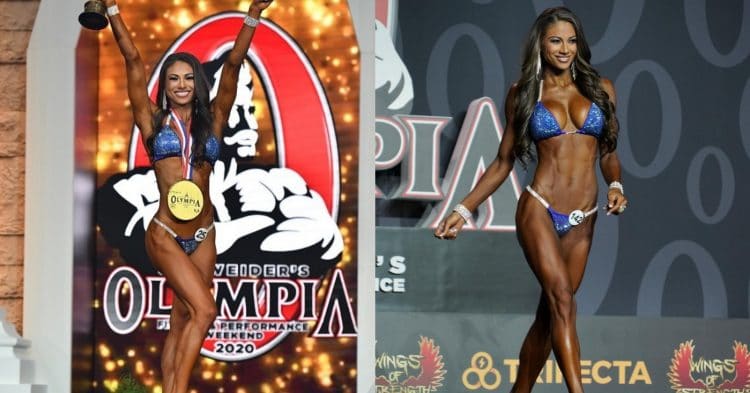 The 2021 Olympia will see a new champ in the Bikini Division. This comes after reigning champ Janet Layug revealed that she will be choosing not to compete in Florida this October.

Layug has been in the trenches of the Bikini division for years, being one of the best in the world for a long time. She finally realized her full potential in 2020, coming in first place after coming second and third in the two years prior.

Despite finally holding that title, and having worked so hard to get there, she will not be defending it at the 2021 Olympia. Video was posted of her speaking during her Battle of the Bodies Bikini-Only IFBB Pro show, where she revealed that she would not be competing and defending her title this year.

“I’ve been competing since 2013, a very long time, and I’ve enjoyed every moment of it. We have the Mr. Olympia show coming up again, here in about 10 weeks. I feel as though, with the journey and the path that I’m taking, I’m announcing that I will not be competing in this year’s Olympia,” Layug said.

“It is a bittersweet moment for me, but I think it’s the best choice. As we all know, when one door closes, a new one opens. So I’m beyond honored to present the award to the Bikini champion tonight, at my show, whoever that might be, and send then off to compete at the Olympia this year.”

In the end, Maureen Blanquisco was the Bikini competitor who wound up winning that contest and securing an invite to the 2021 Olympia. Here she will be one of many competitors facing off for Layug’s now vacant title, in one of the most filled out rosters of the entire contest.

That being said, it is extremely disappointing to hear that Janet will not be competing this year, given how great it was to finally see her ascend to the top and beat Elisa Pecini. It will be interesting to see if Elisa can reclaim her throne in Janet’s absence, or if another new champion will be crowned.

Of course, it is not hard to understand where Janet Layug is coming from, given how long she has been competing without taking much of a break. At this time, it is unclear if there are other factors which led to her decision, such as injury or something else, but even if that is not the case, one can not blame her for wanting a break.