A pair of bodybuilding stars have an honest discussion about retirement. 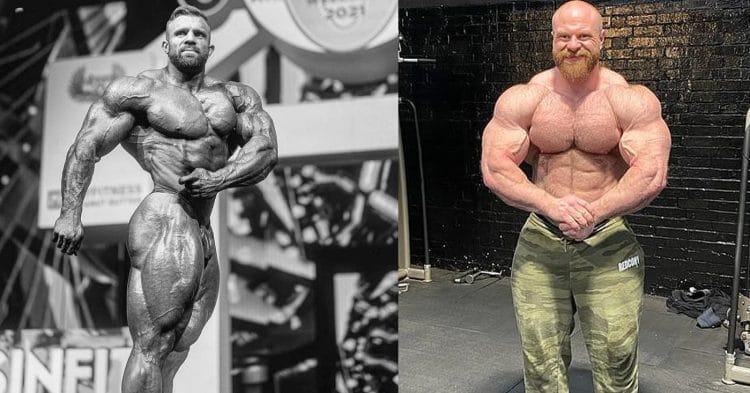 Bodybuilding is an unforgiving sport with monumental highs and some unfortunate lows. Notable figures in the sport, Iain Valliere and James Hollingshead recently revealed on YouTube that retirement is on their mind despite still being in their physical prime.

Iain Valliere is a staple in any bodybuilding competition. Interestingly, Valliere is the coach and brother-in-law to the Classic Physique Olympia champ Chris Bumstead. The 31-year-old is an avid competitor. After taking part in numerous bodybuilding shows, the hard work and consistency displayed by Valliere are qualities hard to ignore. The upstart managed to secure 7th place at the 2020 and 2021 Mr. Olympia.

After taking into account the activity of Valliere, it’s hard to imagine that the 31-year-old is ready to call it a career. However, in light of several bodybuilders passing away recently, figures in the sport have taken a more somber tone and have since prioritized health as a key component for longevity.

Recently, the group of bodybuilders met on Fouad Abiad’s YouTube channel to discuss how the younger generation of bodybuilders feel about retirement. Abiad also asked if they set themselves up financially for when their career comes to an end.

“Yeah, I mean to an extent, like I have some savings accounts and investments and stuff like that I put stuff in but I’m obviously not as well versed as I’m sure someone like Evan is. I mean you talked to him and you know the extend of that stuff, and I’m sure there’s lots more that I can be doing.” Iain Valliere said.

Bodybuilding is a fickle sport. Some athletes are able to compete well into their forties and fifties, yet there are others who discover injuries far before reaching those ages. With retired bodybuilders like Dexter Jackson leaving their mark, there has always been a diverse age range present in the sport.

Another young flame in the sport, James Hollingshead quickly established his name on the pro circuit after securing 1st at a Europa Pro show. Hollingshead managed to qualify for 2020 Mr. Olympia and 2021 Mr. Olympia respectively while competing in sanctioned competitions.

Despite finding success at young ages, it appears both James Hollingshead and Iain Valliere are pondering retirement before they even reach 40-years-old.

“Well I’m not sure I know about the future and stuff. But I’m like, I’m always looking to, I’ve got, like most days of my life I start talking about business in some way or another and not just business but also investments and every possibility of where I am now and how I’m going forward and what to do. Hollingshead said. I’m like in a place right now, where that’s very much a consideration and I’m willing to act heavily.

I’m just trying to format my next step. But there’s so many of these conversations being had and to a depth as well. Like I plan on number one having income from other avenues but also having something in place that when the time comes, I have something to retire to or leave children, or you know…whatever. I usually have this conversation once a day with Danica.” James Hollingshead said.

While James Hollingshead‘s foot isn’t out the bodybuilding door yet, it’s clear that retirement is on his mind. Last summer, Hollingshead contracted COVID-19 but the bodybuilder trudged forward anyway. Just a few days ago, Hollingshead shared a physique update and he looks to be steadily packing his mass back on thankfully.

The virus forced the bodybuilder to stop training temporarily. As with any career-altering decisions, surely Hollingshead will take the time to pragmatically assess what is best for his body moving forward.

With career uncertainty looming over Iain Valliere and James Hollingshead, certainly, fans are interested to see if any of the younger bodybuilders join the charge and start pondering retirement sooner than originally intended.

Samir Bannout is on a mission to make bodybuilding a safer sport. During the latest Muscle Maturity Podcast, Bannout took issue...

Iain Valliere is the latest bodybuilder to reflect on his performance following the dramatic conclusion of the 2022 Mr. Olympia...

Bodybuilder Nick Walker capped off an incredible year with a third-place finish at the 2022 Mr. Olympia, held Dec. 16-17...