Life and accomplishments of Iain Valliere 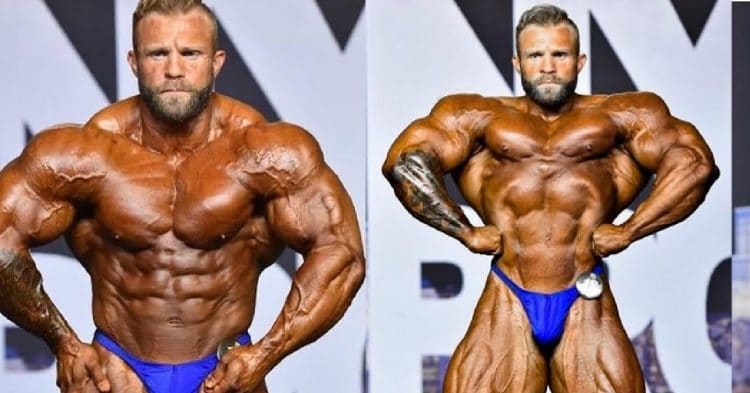 Iain Valliere is an up and coming IFBB professional Open division bodybuilder from Canada. He’s also the coach and brother-in-law of current Classic Physique Olympia champion Chris Bumstead. This is his complete profile, biography, training regime, diet plan, and more.

Iain Valliere was born in Canada where he currently resides.

As a youth, Valliere was stronger and faster than most kids. He ran track and field and dabbled in football in his later years, but was never into team sports because he likes having total control over his destiny.

Before he became a famous bodybuilder, he would post fitness content to his Instagram. He also had an interest in helping and coaching others, eventually coaching and introducing his brother-in-law Chris Bumstead to competing. It seemed to definitely work out for both of them as they train and learn together as a team.

Now Valliere is looking to make a name for himself although he certainly has in the past few years, but still has a ways to go before he’s in the discussion of being a serious threat for the Olympia title.

Now let’s talk about his career accomplishments, training, and diet.

Valliere’s first competition as an amateur was the 2010 OPA Ottawa Championships of which he placed 1st in the Junior Men’s and 3rd in the Men’s heavyweight class.

In 2014, he earned his Pro card and then competed in his first Pro show in 2015 which was the Toronto Pro Supershow where he placed 5th.

In 2018, he took 14th in his first and only Olympia, and then qualified for the 2020 Mr. Olympia by winning the New York Pro; his most notable win.

His New York Pro win was a controversial one of which he received a lot of hateful comments and criticism. He took to Instagram to address the comments with the following post…

“It’s tough to wake up after a win that should be the highlight of my bodybuilding career to so much negativity in the comments about the show. It’s easy for people to say “who cares what they say” or “you’re above that don’t listen to these keyboard warriors” but when you work for over a decade and finally achieve a win as prestigious as the New York pro, you really hope to be able to revel in it. It seems like no matter what I do I’m doing something wrong in the eyes of the social media world.

According to it in 2018 I was being overlooked, and now that Im improved and placing higher, I don’t deserve it? At the end of the day I have full faith in the judges and the IFBB Pro league who are there 10 feet away, do this professionally, and are much better versed in the criteria they are looking for than those on Instagram. I take their critiques and try and apply them to each and every show.

I know everyone is entitled to their opinions and I respect that whole heartedly, but I can’t lie and say that reading the comments doesn’t hurt. Either way I’m extremely proud and thankful for what I accomplished last night and I can’t wait to take these most recent feedback and apply them for the Olympia.

And here is some shots to show that some crappy IG pics don’t always show the whole story lol.”

Valliere often trains with Bumstead although they don’t always do the same workouts. He typically trains heavy and is undoubtedly one of the strongest bodybuilders, which probably explains his hulking size. But he scales back a little on the volume as he gets closer to a contest because he doesn’t have as much due to lower carb intake.

We’ve provided the details for a few of his/their workout routines below.

Valliere likes to jump into the heavy weights as quickly as possible so he doesn’t do as much warming up as a lot of bodybuilders. This ensures he’s able to

This is one of the workout Valliere did with bumstead.

What does Iain Valliere eat during contest prep? We’ve provided each meal that he has throughout the day below. He doesn’t get too crazy with his food prep and keeps things rather simple. This is a good strategy especially when you have to eat as much as someone his size.

Valliere spends between $250-300 per week on groceries which is not surprising considering he has to maintain his massive physique.

Valliere suffered a bad injury in 2012 when he arm-wrestled the legendary Devon Larratt at a local competition in Ottawa. He explained that it sounded like a gunshot or explosion.

Iain Valliere has a bright future in the sport of bodybuilding especially being so young. Not to mention, he’s in very good company, seeing as his 2019 Olympia champion brother-in-law Chris Bumstead is his training partner, even though he first introduced Bumstead to competing.

He got off to a good start in 2020, placing second at the Tampa Pro, followed by a New York Pro victory. Now that he qualified for the 2020 Olympia, fans will be anxious to see how he shows up to the biggest stage in the world. But he’ll have to come in a lot better than he did last year when came in 14th place because it’s going to be a stacked lineup this year.