Here are the future dates for IFBB competitions previously postponed 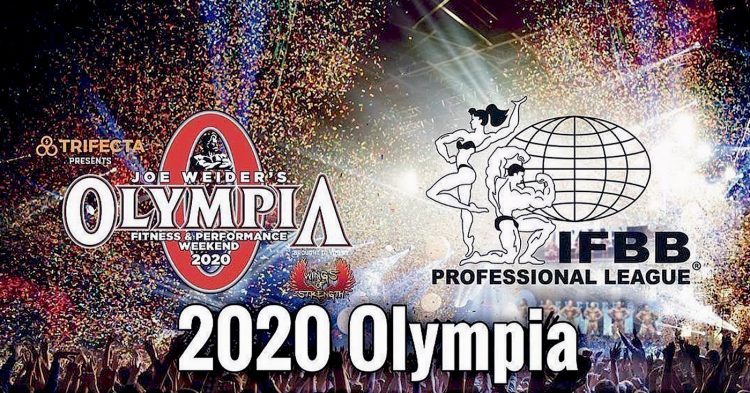 Due to the global health situation, all IFBB (International Federation of Bodybuilding and Fitness) competitions were postponed. Well, the new show dates have been released and if they do hold up, we might be seeing a sort of normal rest of 2020.

Although, this year has been anything but normal and the following dates are still tentative. Originally, IFBB Pro League President Jim Manion said there’d be no competition until at least May 10th. However, that wasn’t the case. But a few days ago, we learned that the Olympia weekend has been confirmed for mid-December 2020 with a new location too.

Chief Olympia Officer Dan Solomon also promised this year’s event will be bigger and better than ever, which is what everyone is hoping for, especially under new ownership. Athletes will also have until October 18 to qualify for the show.

Read: The Olympia has been sold by American Media LLC

Check out the recent Olympia announcement below…

We listed the most notable competitions and their dates below although you can see the full schedule here.

The season shall continue with the Wings of Strength Yamamoto Nutrition Cup Tampa Pro competition which is typically the last show to qualify for the Olympia. However, it’ll be the first show if all goes well from now until then.

No Men’s Pro show for this event.

Athleticon is the brainchild of Dwayne ‘The Rock’ Johnson and Dany Garcia. And although this will be the inaugural event, it could rival the Olympia and Arnold Classic as there will be so many different, exciting things to experience. It’ll take place in Atlanta, Georgia.

The Chicago Pro will be the final Olympia qualifier for 2020 otherwise athletes will have to qualify via another process.

Competitors and fans alike will be excited to see the new schedule for the remainder of 2020. Hopefully, the shows will take place at the dates provided in the schedule and now, this gives everyone something to look forward too after a disappointing start to the year.