Iris Kyle addresses what caused her to be mysteriously missing from the 2020 Ms. Olympia, provides an update on her condition 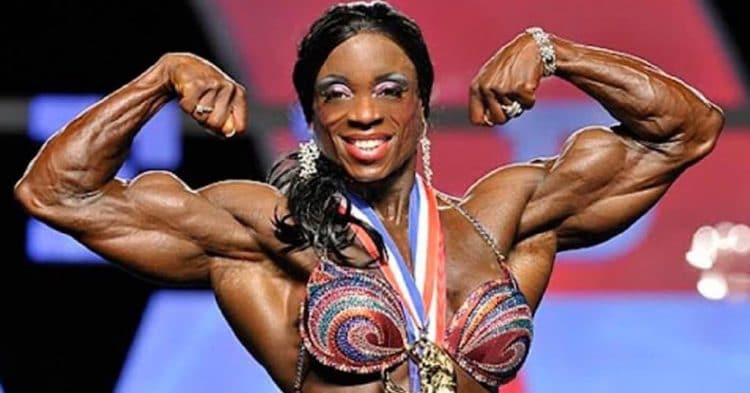 When the 2020 Mr. Olympia went down from December 17-20th in Orlando, Florida, fans were confused by the unexpected absence of Iris Kyle, who was expected to return for the Ms. Olympia. Following the contest, she reveals what happened, and provides an update on how she is doing now.

The fact that the Ms. Olympia was returning this year was one that left fans of female bodybuilding excited. This anticipation only grew when ten-time Ms. Olympia champ, and the one to hold the title before the division was removed, Iris Kyle revealed that she would be coming out of retirement to compete again. People were buzzing to see how she would look on stage after six years away, and wanted to know how she would compare to today’s generation of ladies.

Unfortunately the day of prejudging, Kyle was nowhere to be seen on stage. This was unexpected, and left without much explanation other than the fact that she was dealing with some serious health concerns. However a few days after the conclusion of the contest, Iris took to Instagram to share with her fans what happened. Apparently she was having some severe respiratory problems that landed her in the ICU in the early hours of the morning of the Olympia, but now she is home and working on recovering.

“Thank you for the kind messages. I am happy to report that I got home safely from the Olympia. A special thank you to the Olympia athlete support team who promptly helped me obtain the initial medical help,” Kyle wrote.

“When I started this contest preparation, I never anticipated it would conclude with respiratory and circulatory problems so severe that it would land me in urgent care until 4 am the day of the show. I am on a handful of medications and will be seeing a specialist shortly. This was not the outcome you or I expected but it wasn’t feasible to step on a stage when I could barely stand and was running a fever. I should be recovered in a few weeks and I will resume my regular routine. I was very excited to compete in our industry’s most prestigious event and even with the move to Orlando, I was prepared to compete. Never could I imagine my body suffering such a systemic shutdown and my disappointment is staggering. It has made me realize how fortunate I was during my career with good health.

Many people have spoken on the concept of “getting knocked down” and sometimes it is truly out of our control. However, how we respond is a different matter and I choose to get back up, fight for what I want and compete to win. So I say to all of you, pursue your dreams with passion, determination and the greatness within you. 2021 is just around the corner so let’s set our goals and be relentless. I am going to grab a Pomegranate Super Tea by Urban Ice Organics and wish you a Happy Holidays and Happy New Year.”

That sounds like it was a scary time for Iris Kyle, and a disappointing moment for her return to be canceled like this. Luckily she seems intent on giving it another go next year, so hopefully there will no issue then and we can see her back on stage at last.

CrossFit Strength Program – Why and How to Strength Train for CrossFit