After shockingly not taking the stage for the Ms. Olympia prejuding, it was confirmed that ten-time champ Iris Kyle was forced out of her comeback with illness 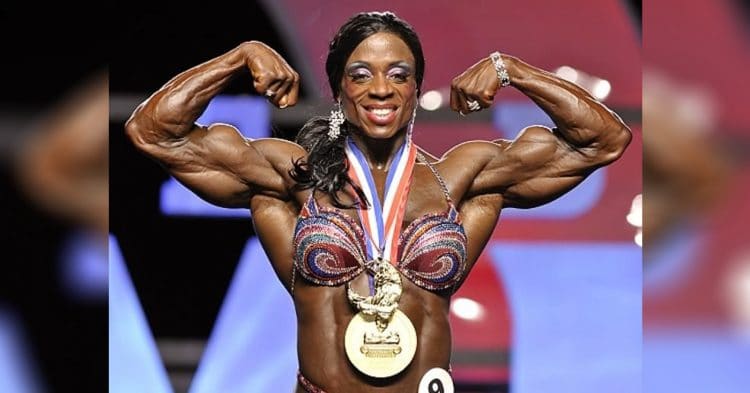 As much excitement as there was about the return of the Ms. Olympia competition, fans were even more stoked to see Iris Kyle make her return at the same time. However she did not make it to the stage for Friday’s prejudging, and now we have an idea of what happened.

When the Ms. Olympia was disbanded in 2014, the reigning champ Kyle decided to retire at the same time. So when it was revealed that the contest would be returning, she could not help but decide to come back at the same time, and attempt to regain her throne after six years away. Her addition made the already exciting division even more worthy of attention, and it got the rest of the athletes excited for the chance to face off against her on stage.

However when the ladies started walking the stage for the 2020 Ms. Olympia prejudging on Friday, 10-time Ms. Olympia champion Iris Kyle was mysteriously missing. This got spectators wondering what was going on, as there had been no word about her being missing from the contest prior to it starting. So when she was absent from the callouts, this left people questioning what the cause could be.

Fitness Volt reached out to Olympia management, who was able to confirm that Kyle was forced out of the competition after falling ill.

She reportedly is having some health troubles, but the specifics were not revealed at this time. All that is known is that her long awaited and highly anticipated return to the stage is not happening this weekend, as previously thought.

This is obviously an extremely disappointing turn of events for the fans of Kyle, who were expecting to see her back in action this weekend. There were still some questions about to what extent she could contend with the likes of Helle Trevino and Andrea Shaw, but the general consensus was that she still had a lot to offer the sport. So it is a serious letdown that we will not be able to get the answers to the questions we had been contemplating in the lead-up to the Olympia.

Nevertheless, the 2020 Ms. Olympia rolls on without Iris Kyle, and it will be exciting to see how everything shakes out. Hopefully whatever is ailing her is not too serious, and she will be able to heal up with ease. Perhaps she will give things another try next year, and we can see her compete again then.

Stay tuned to Fitness Volt for updates as more information is revealed about Iris Kyle’s situation.