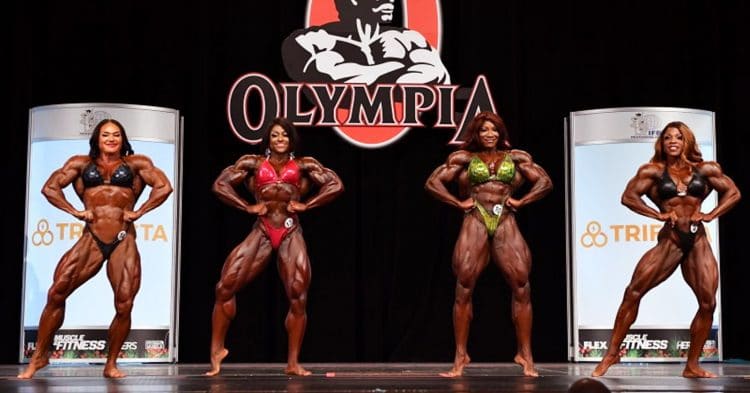 One of the most exciting aspects of the 2020 Mr. Olympia, is the return of the Ms. Olympia competition. Here is the results of the prejudging for this historic moment.

Women’s bodybuilding has been severely underrepresented over the last few years, but all of that seems to be changing with Jake Wood taking the helm of the Olympia brand. Before that even happened however, it was already revealed that the Ms. Olympia would be making a comeback in 2020, which got a lot of the athletes and fans excited. This only amplified when it was revealed that ten-time champ Iris Kyle would be making a comeback alongside it, competing for the first time since the contest was disbanded in 2014.

While fans are excited to see if Kyle can be successful in this return, she will have to face a slew of hungry athletes to get there. All the way leading into the Ms. Olympia, Helle Trevino seemed to be the favorite to win, after having strong wins at the Wings of Strength Rising Phoenix show. However just a few weeks out from the Olympia, in a shocking turn of events, Andrea Shaw beat Helle and several others at the 2020 Rising Phoenix, changing the landscape of the entire division.

The women took the Olympia stage for the first time in six year, during the callouts on Friday. The results for this are below, and be sure to pop back into the Fitness Volt for the results of the finals when the top athletes return to the stage later tonight.

Update: Returning champ Iris Kyle was nowhere to be found during prejudging. At time of writing, no reason has been publicly revealed for her absence.