After an uneventful season in 2021, bodybuilder James Hollingshead is making sure his legs are one of his strongest attributes when he hits the stage next time. 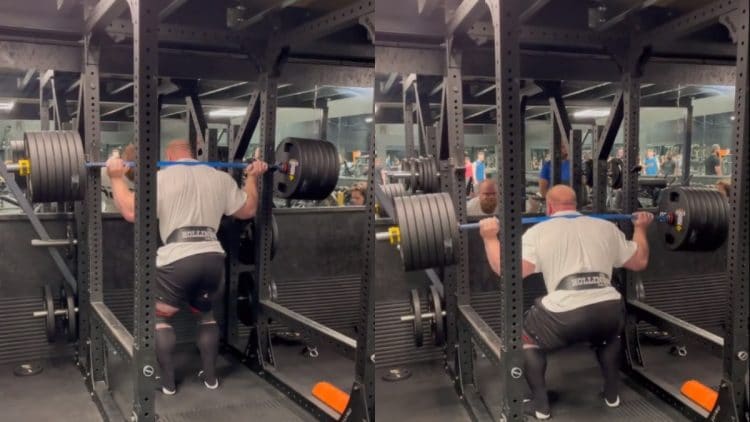 Following an uneventful season in the sport last year, bodybuilder James Hollingshead is determined to have an impactful 2022 by adding mass without giving up conditioning. In a recent training session, James squats a triple of 750lbs before squatting another 661 lbs for 9 reps.

James Hollingshead quickly garnered attention among his peers for his muscularity and ability to push beyond the limits inside the gym. It didn’t take long for James to receive recognition as a true threat in the IFBB Pro League. He entered the 2020 Europa Pro Championships and left no doubt with the judges, securing first place. Taking advantage of the momentum he earned, James competed at the 2020 British Grand Prix roughly a month later where he earned his second consecutive win at a Pro show. This victory earned him an invitation to 2021 Mr. Olympia.

Making his way to the 2021 Olympia contest, James was outmuscled and landed in 12th place. The contest was ultimately won by Mamdouh “Big Ramy” Elssbiay. Before his Mr. Olympia appearance, Hollingshead contracted COVID-19. The disease forced him to cease training and while he’s made a full recovery, many wonder how the illness might have affected him during last year’s season. Looking to stay busy and get back on track, Hollingshead doesn’t miss an opportunity to train legs.

While James is not currently qualified to compete at Mr. Olympia this year, there are still plenty of opportunities to compete and change that. In a recent video on Instagram, Hollingshead shows off some of the training methods he’s been utilizing during his time away from competition.

During the 750 lb squat routine, Hollingshead wore knee wraps and a lifting belt. After walking the bar out of the squat rack, he got into position after maintaining a shoulder-width stance. There were two spotters on standby in case he needed assistance but ended up completing the lifts without them.

Hollingshead included a second clip which demonstrated him squatting 661 lbs for 9 reps in the same post. Both training sessions were recorded at the King’s Gym in Croyden, England.

While Hollingshead has flirted with the idea of retirement, it looks like he has changed focus as he continues working diligently to produce an even greater physique. With a number of chances to earn his 2022 Mr. Olympia invite, James is addressing his prep in a thorough manner.