Bodybuilding champion Jay Cutler will be included with the likes of several legends. 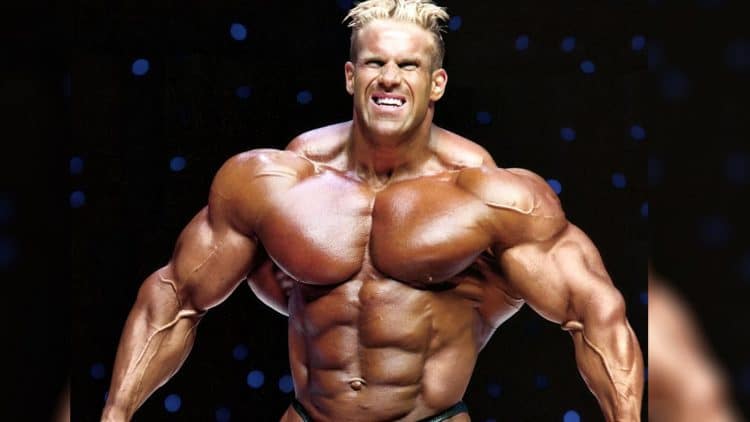 Four-time Mr. Olympia Jay Cutler will be one of several inducted into the International Sports Hall of Fame (ISHOF) class of 2021. The news was announced on September 12, 2021, by ISHOF Chairman Dr. Robert Goldman via his Facebook page.

The awards will take place during the upcoming Olympia Weekend, on Saturday, October 9, 2021, in Orlando, Florida. Last year’s ceremony was hosted by Robert Goldman and Arnold Schwarzenegger at the 2020 Arnold Sports Festival.

The International Sports Hall of Fame is a Nonprofit organization that was started by Robert Goldman to honor the world’s greatest athletes from all sports categories. Inductees are selected because of their achievements but also their charitable contributions and efforts.

These are the others to be inducted into the International Sports Hall of Fame. Note: The descriptions were taken from the Facebook post.

A native of Massachusetts, Jay Cutler found his love for bodybuilding at age 18 when he first began training to compete.

While he graduated from college with a degree in Criminal Justice and plans to work for a prison system, fate would pull him in a different direction.

Cutler first stood on the competitive stage in 1992 of which he finished second but then he tasted his first victory at the 1993 Iron Bodies Invitational. The eventual legend would earn his Pro Card after winning the 1996 NPC National – Heavyweight, and this would set him up for an iconic career.

But it wasn’t easy climbing to the top. In fact, Cutler experienced a lot of frustration, to say the least, placing second at the Mr. Olympia on four occasions behind 8x Mr. Olympia Ronnie Coleman.

But he persevered and finally broke through in 2006 to win the title and defeat the man who defeated him for four agonizing years.

The mass monster would lose his title to Dexter Jackson in 2008, but he’d reclaim it the very next year, making him the first to do so and cementing his legendary status.

Jay Cutler would compete again in 2011 but he’d lose to eventual 7x Mr. Olympia Phil Heath. He took 2012 off due to a biceps injury and would return to the stage once again in 2013 but finished in 6th. He’d also retire following the 2013 Olympia.

Cutler will go down as one of the greatest ever and his impact not only as an amazing competitor but individual and contributor will forever be acknowledged.

Also read: Flex Lewis Says Jay Cutler Motivated Him To Be 7x Olympia Champ: ‘It Was A Pivotal Point For Me’

He’s had notable business success which includes running his supplement company, Cutler Nutrition, among other ventures, and he was also the 2019 Olympia Honorary ambassador.

Now he will join many legends and iconic names in the International Sports Hall of Fame Class of 2021.