Fitness Educator Derek and Joe Rogan dive into bodybuilding and the dangers that accompany it. 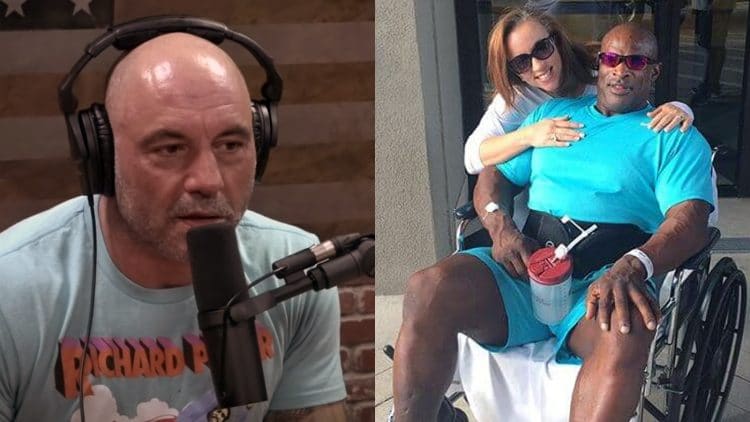 Derek is a popular figure known on YouTube for his food and exercise blog called More Plates More Dates. Recently, Derek spoke with Joe Rogan about bodybuilding and how the dangers associated with it increase as one gets older.

Bodybuilders are known for pushing the limits of human strength. In practice or in the training room, they endure a relentless pursuit in order to achieve a body that looks chiseled out of stone.

A sport enriched with history, the world has always respected those with physiques one can only muster in imagination. Mr. Olympia and the Arnold Classic are two destinations any competing bodybuilder dares to win and they remain the pinnacle of bodybuilding supremacy today.

Speaking with Joe Rogan on a recent episode of the Joe Rogan Experience, Derek emphasizes the amount of physical stress a body is under when athletes are performing incredibly heavy lifts.

“With bodybuilders, it’s wild too, because it’s almost like the opposite extreme where you, you actually are aware that you’re killing yourself very quickly while you’re doing it. yeah. like you still want to walk around at like 260 plus even though you know how stressful it is on all your organ systems your heart. ” Derek said.

After accentuating the numerous back surgeries that legend Ronny Coleman needed throughout his career, Joe Rogan and Derek discussed the damage a body endures during impact, whether it’s by a squat, bench, or pull.

“Yeah that’s the brutal thing too, when you get to that size is, progressive overload. You get to a point where you’re forced to a point where you use weights that are so exorbitant to overload because you’re way too strong that’s impossible not to literally fuckin dismantle your entire infrastructure while you’re supporting those loads. Derek insisted. Your squatting 100s and 100s of pounds, benching 100s and 100s, this and this, and your bones can’t just adapt and be totally fine.”

Derek also mentioned Rich Piana, and the impact the sport had on his 40-year-old body later in life. Unfortunately, Piana would pass away from cardiac arrest in 2017.

“The guys who try to retain their size trying to fo 40+ almost always end up kicking the can real quick. He tried competing to become a pro. And he just doesn’t have the genetics from a structural aspect. So Even though he’s a massive fuckin dude, on stage he doesn’t you know have the proportions the symmetry, etc to make it far. But he just loved, loved the lifestyle so much. Derek said. And his brand was built around it.

Again, and the problem with being one of these guys like the Rock, where you’re entire persona is built around your presence and you just end up just retaining it to an age where you can no longer support the drug use the body weight, etc.”

Since many bodybuilders have built a brand out of the way they look, Joe Rogan and Derek agree that the dangers of bodybuilding increase as one gets older. In order to retain a body with that much muscle mass, the Youtube sensation affirms problems will inevitably arise with age.

Listen to the podcast here