8-time Mr. Olympia Ronnie Coleman watches and reacts to his insane 800 lb squat from back in the day 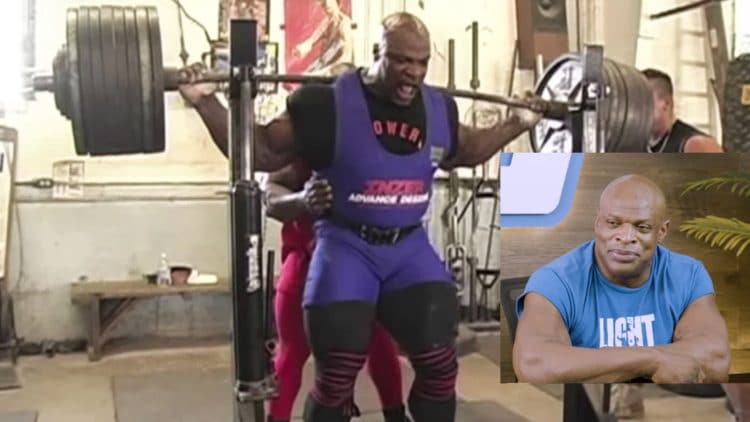 Widely considered to be the greatest bodybuilder who has ever lived, Ronnie Coleman redefined the stereotype that bodybuilders have muscles for looks not for strength. Now several years later, he relives it one of his most iconic feats of insane strength.

Of course, Coleman is primarily known for his incredible physique being put on display onstage, winning numerous IFBB Pro titles, including of course his eight Olympia victories. However this mass monster’s muscles were for more than just show, as he proved time and again by lifting incredible amounts of weight.

One of his most notorious examples of insane power, came from when he was able to squat 800lb for two reps, something that was beyond belief at the time. Decades later, Big Ron decided to sit down and watch the tape of this remarkable squad, reacting, reminiscing, and giving his thoughts on his YouTube channel.

“I’m real focused here but to be honest with you, this is my first time ever doing this, ever trying this. My thought process actually began on my way to the gym, while I was driving in the car. I was trying to think to myself exactly how I’m going to do this. I was getting myself psyched up, telling myself I knew I could do it,” Coleman said.

Related: Ronnie Coleman Says He Could Break Today’s Squat Record in his Prime

Ronnie explained that he never had thought about doing an 800lb before, but convinced himself he could do it. He said that if he was able to do an 800lb deadlift, which was another incredible lift from his past, he figured that he would be able to land the squat.

Ronnie Coleman then went so far as to say that once he got going with the squat, he realized that he could have done five or six reps, which is insane to think. He says that he underestimated how much easier it would be to move the weight, but was already set on doing two reps.

He detailed how he was advised on the proper form for a squat, when it comes to competition, but he was not interested in breaking parallel for his first time trying an 800lb squat. It was only when the first rep happened, that it occured to him just how easy he found it.

“The first rep I did was light. Like super light. I’m like ‘Aww dang, this is real light. I’ma get another one, and I’m going deeper,’ and that was exactly what I did. Then I put it up because I had in my mind, two reps. As soon as I put it up I was like ‘Damn, I could’ve got at least two or three more, but it was too late,” Coleman said.

Ronnie Coleman said that he didn’t go back for more reps because of how difficult the process was, to get pumped for the lift, so instead he decided to go all out on his leg press, which was his next exercise. It was certainly interesting to see this bodybuilding legend go through his impressive lifts.