Instagram star and fitness model Joey Swoll enlightened a TikToker who was making fun of a gym-goer's workout routine. 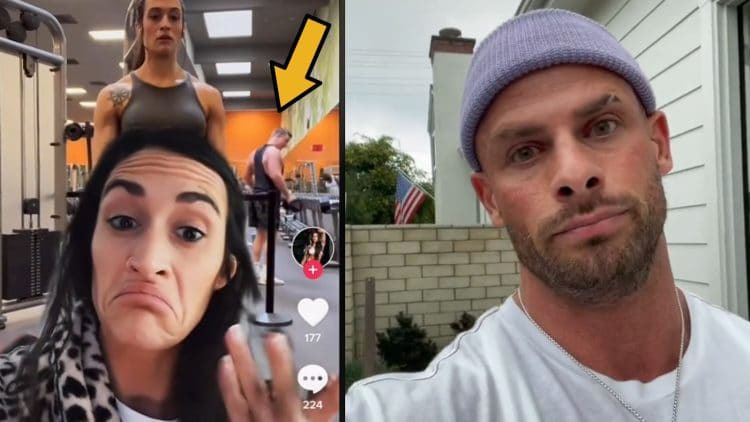 Joey Swoll wears many caps in the entertainment industry. The American fitness model/bodybuilder recently called out Tiktok star Nikki Montesanti (@Nikki Montesanti) for making fun of a gym-goer who was practicing drag-curls with dumbbells.

Joey Swoll and fitness have gone hand and hand his entire life. After taking to bodybuilding at a young age, it didn’t take long for Swoll to become a fitness model. Swoll’s TikTok reaction video has been viewed over 12.6 million times after explaining to Montesanti that the man is actually practicing proper weight lifting technique. Taking to TikTok, Swoll enlightened the young lady, that indeed, a drag curl is a legitimate workout.

“What he’s working is biceps. He’s doing what’s called a drag curl. Now granted most people do them with a barbell he’s doing them with dumbells so it may look a little strange and a little awkward but it is a great movement.

The point of it is, as you kick your elbows back, and drag up along your body, you’re taking stress off the deltoid and putting it on the bicep. It’s actually a great workout.

Charles Glass, who is one of the best there is, is a big promoter of this exercise but what’s most important, what he’s doing and working most of all is minding his own business. The fact that people at the gym take videos of other people to try to make fun of them blows my mind. Be better than that.” Joey Swoll says.

Related: How To Do Drag Curls To Overload The Biceps

With a focus on bicep development, drag curls are an effective exercise. ‘The Godfather of Bodybuilding’, Charles Glass, is a proponent of the exercise.

During Glass’ demonstration of a drag curl, his pupil uses a barbell instead of a dumbbell, unlike the man shown in the TikTok video.

Charles Glass is one of the most respected bodybuilding coaches in the industry. His engineering background combined with his attention to detail makes him a valuable resource inside of any gym. One reason Charles Glass advocates for drag curls is because he values muscle isolation. By targeting specific muscle fibers, Glass is adamant that these types of techniques can help strengthen specific areas of the body.

While Montesanti was unaware of what a drag curl was before the video, certainly with the assistance of Joey Swoll and Charles Glass, she might soon have a newfound respect for how tough the workout routine actually is.

The Peloton Row is the latest addition to the company’s expensive product line. Peloton machines include bikes and treadmills that...