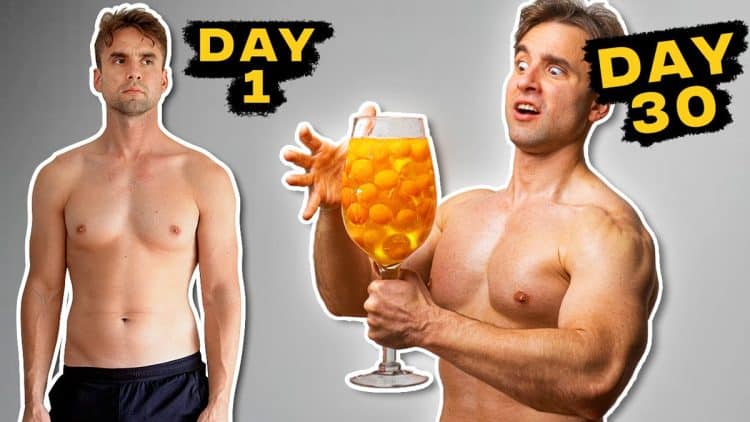 YouTuber Joseph Everett subjected himself to a unique ‘eggsperiment’ and shared the results. Everett is one of the foremost fitness YouTubers and has amassed over 2 million subscribers to his channel ‘What I’ve Learned’. Through his content, Everett attempts to help the viewers in improving overall health. The fitness industry is full of conflicting information and Everett subjects himself to different experiments for varying amounts of time for understanding the impact on health and performance.

American professional bodybuilder Vince Gironda was a huge proponent of low carbohydrate and high fat diets. He invented the “steak and eggs diet” and his views on diet are published in the book ‘Unleashing the Wild Physique’. Joseph Everett stated that Gironda felt eating 36 eggs a day for six to eight weeks was as good as a mild steroid cycle. Everett gave it a shot and shared the experience in his recent YouTube video.

Although Gironda’s claim was about high amounts of eggs consumed over a six to eight week period, Everett followed it for a comparatively short period of time. He ingested a total of 30 eggs per day for a month! He coupled the egg-heavy diet with a strength training program in the gym.

After being egged on for weeks, I've finally posted the EGG video. AHA recommends 2 eggs a day tops, I ate 30 a day for 30 days. Guest appearance by @JunkFoodNic ! https://t.co/2J3UJ6l4CL pic.twitter.com/krbWjpJxpy

Joseph Everett made sure to check his weight before starting with the experiment and tested the blood for cholesterol, testosterone and a few other markers. He never did serious weight training until he enrolled for this experiment. Crossfit and a little bit of weight training were his go-to options for maintaining fitness. To find out if the 30-eggs-per-day diet made any significant strength gains, the YouTuber checked his one rep max for the three main lifts before starting with the experiment. On the first day, his lifts stood at:

However, Joseph Everett formulated his diet in a different way and his full day of eating included: 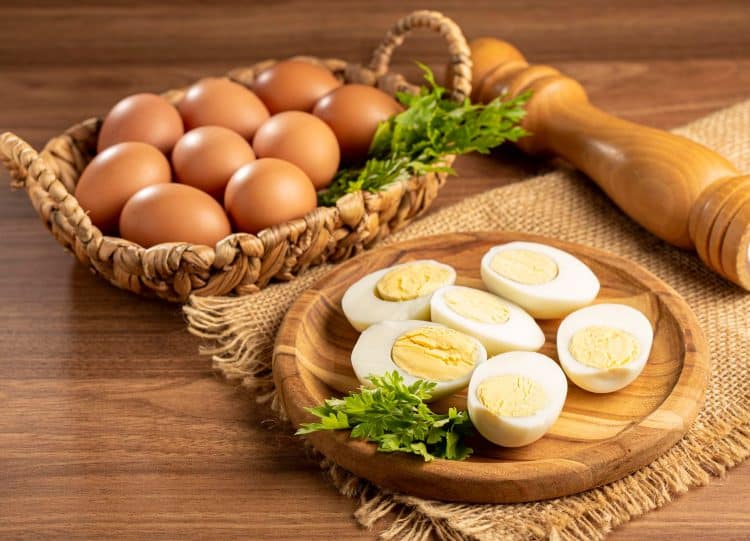 Everett did not find the diet difficult after the first couple of days as the total caloric intake was not significantly higher than his usual diet. Additionally, he was burning a lot of calories with heavy lifting and hence felt a lot hungrier than usual. While explaining how he managed to consume so many eggs, Everett stated:

“I ate pretty much all of the egg yolks raw because I don’t want to oxidize the fats within it. As for whites, I ate them either cooked or raw.”

To make the eggs more palatable, Everett made an ice cream with approximately 10 egg yolks and 100 grams of mango. While it does taste insanely awesome, your body cannot process everything that tastes good but more on that later. Everett cited a 2017 study conducted by the University of Toronto, Canada that aimed to compare the whole-body muscle protein metabolic response after the consumption of whole eggs with egg whites alone. It stated that eating whole eggs stimulates muscle growth to a greater extent than eating egg whites alone.

The fitness YouTuber’s honeymoon with the 30-eggs-a-day diet was over five days in. Everett experienced copious amounts of flatulence and barely slept at night. He then did a little bit of research to find out the possible causes of flatulence and found out:

“I was eating a ton of that mango ice cream. It turns out that mangoes are high in fermentable short chain carbohydrates which can mess with your gut causing diarrhea and a bunch of gas.”

Once Everett excluded the mango ice cream from his diet, the stomach issues disappeared automatically. By the ninth day, Joseph Everett had adapted to the diet fairly well.

“The ninth day is when I noticed that I was feeling pretty great. I felt more focused, had tons of energy in and out of the gym, my libido was higher. I was more driven and unrestricted,” Everett stated.

@kaleyjayney I was reading your article on Eggs and was wondering if it would be dangerous to try a temporary experiment where I eat 30 eggs a day? It would only be for a month. pic.twitter.com/zZpFJ0gokJ

Cholesterol is needed in making testosterone and 30 eggs give a much higher amount of cholesterol and saturated fats than a normal diet. Everett hypothesized that the increased cholesterol intake could have led to him feeling better.

“For a while, things were going really great for me. I continued to feel focused with tons of energy and was getting a lot stronger in the gym,” he stated.

Readjusting the diet and training

Everett resorted to eating all 30 eggs raw for about six days until day 20 but things went down south that night:

“I found myself stuck in the bathroom for over an hour. I was really constipated and my stomach kept painfully cramping up. Standing up made the cramps worse but at some point I had to get up too because I also needed to puke. I took a bath to soothe my queasy stomach and went to sleep,” Joseph Everett said.

Raw egg whites contain trypsin inhibitors that have been found to cause inflammation and stomach issues. Assuming this was the reason for the stomach cramps, Everett started cooking the eggs. While the stomach issues no longer existed, it was a huge task for him to cram them down. After all, cooked egg whites are way more filling than raw egg whites.

Interview with the master meditator @danielmingram
We get into all kinds of interesting territory here. While it may be confusing at first, if you're interested in what hardcore meditation can yield, it's definitely worth a watch.https://t.co/IOjvd9cn3j pic.twitter.com/9GCG7Htryw

Although Everett felt more driven and alert towards the end of the experiment, the test results showed that there was no change in the testosterone levels in his body. He added a good amount of muscle and gained 6 kg (13 lbs) to his frame. While the experiment did help him make gains, Everett concluded that it is not really comparable with the gains made during a steroid cycle.

“Maybe the result would have been more impressive if I did it for the six to eight weeks Vince Gironda recommended or if my lifting routine was more on point,” Joseph Everett said.

Everett’s lifts also improved significantly and the one rep max for his lifts on the 30th day were:

Increased cholesterol levels and subsequent health complications are the biggest risks associated with high amounts of egg yolk consumption. However, Joseph Everett’s LDL cholesterol levels showed negligible hike in the first week and unchanged thereafter. The HDL cholesterol showed slight increase but remained relatively stable and the triglycerides levels fell down, which of course, is a good sign.

Everett has left the door open to attempting this form of diet for bulking in future. While extreme dieting can have benefits, they put a lot of stress on the body’s functioning and are best left for professionals that need to follow them for a very specific set of reasons. Implementing a diet plan that you can stick to for a long time without compromising the quality of life is the way to go for a vast majority of people.

You can watch the full video here, courtesy of What I’ve Learned YouTube channel:

Judge Steve Weinberger on Big Ramy Losing His Title: ‘He Was Off, That Wasn’t The Real Ramy We Know’

Losing weight healthily is the biggest concern for most overweight people. Stubborn fat doesn't come off by itself, after all....

Open Instagram on your phone and you'll probably be greeted with women with picture-perfect glutes. Don't get us wrong; we...

It’s not clear who first uttered the words “you are what you eat,” but they were definitely on to something....

Vince Gironda, nicknamed The Iron Guru, was arguably the first professional bodybuilding coach. During the 1960s, 70s, and early 1980s,...