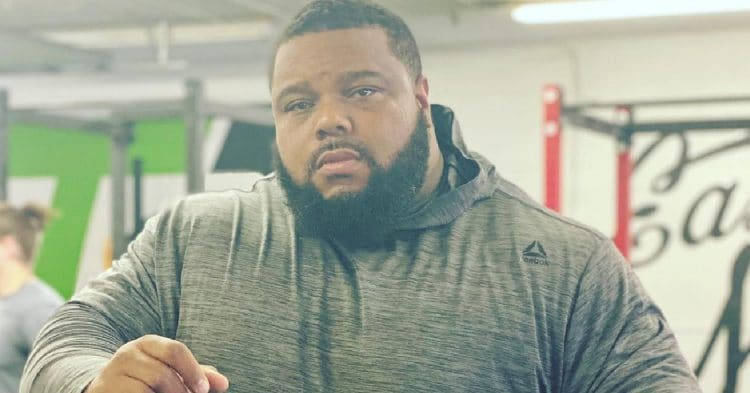 There are a lot of reasons for Julius Maddox to be angry these days. He vented some of that frustration recently, with a fiery message directed to young athletes and promoters alike.

Maddox experienced a horrible setback, when attempting a world record 800lb bench press about two weeks ago. After months of preparation, a misload caused an injury, which resulted in him missing the world record. The usual respectful and humble Julius was left frustrated at this situation, and rightfully so.

However that is just the tip of the iceberg, when it comes to how Julius Maddox has been wronged. In a recent video posted to his Instagram, he vented his frustrations about apparently not getting paid what he is worth. Although he does not outright say so, it seems like this video is directed at the World’s Ultimate Strongman, who put on the event that featured his world record attempt.

“Dear athletes, don’t keep letting these companies take advantage of you. Rock with somebody who is going to rock with you. If you got companies that are going to pay you to come and compete, and do these types of meets and things like that, make sure you get that check upfront, or you get something written in the contracts. A lot of these companies out here, they’re whoring out athletes. That’s a poor choice of words, but I’m just being honest. They’re prostituting out athletes. They get maximum from you, and want to give you something in return that isn’t matching what you’re worth. So know your worth, and especially if you are an elite athlete and people are paying you to come to meets, then make sure you get that bag up front, or get it in contract because, man these people are shiesty out here.”

It should be noted that Julius Maddox does not outright say that WUS did not pay him properly, but it definitely seems that way. Furthermore, he promises more to come, so perhaps he will open up more about what happened. Regardless, if they are doing something shady with his paycheck, after getting injured from a mistake by the USPA, that is a simply a terrible string events for him.