No Result
View All Result
Body Mechanics
Fact Checked
Fact Checked
This article was written by one of our qualified writers, and fact-checked by our experts. The numbers in parentheses (e.g. 1, 2, 3, etc.) throughout the article, are reference links to peer-reviewed studies.
Our team of experts include a board-certified physician, nutritionists, dietitians, certified personal trainers, strength training experts, and exercise specialists.
Read Our Editorial Process

Some of the most important muscles of the human body are also the least obvious. Learn why and how you should train your stabilizer muscles for increased performance and a lower risk of injury. 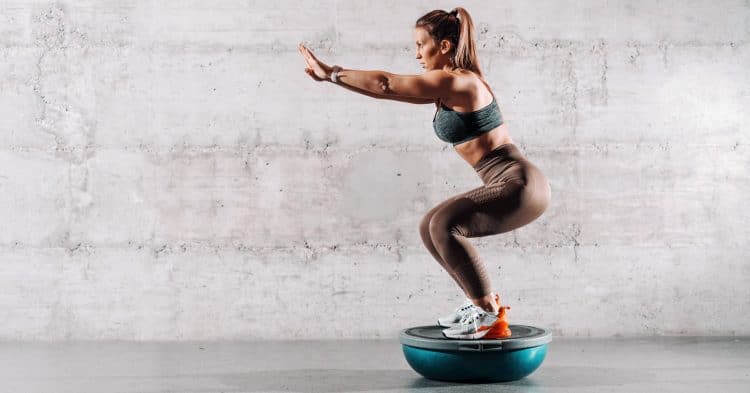 When it comes to designing a bodybuilding program, most people focus on a handful of major muscles. If you are following a split routine, that usually means dedicating a day to training each of the following:

Exercises are selected to target these muscles, often training them from various angles to maximize hypertrophy or muscle growth. The number of exercises per muscle group depends on how much time you have available for training, your experience level, and the split you are following.

While every exercise has a target muscle, those muscles do not work in isolation. In fact, even single-joint exercises like biceps curls involve several muscles working together.

In exercise science terms, the muscles in every exercise can be given one of four names:

In this article, we discuss the importance of your stabilizer muscles and how to train them for increased performance and a lower risk of injury.

What are Stabilizer Muscles?

Exercise anatomy and physiology terms are often very confusing and complicated. That’s because most have their origins in Greek and Latin. It’s all longus-this, and brevis-that. It’s refreshing, then, that the term stabilizer muscle is much more straightforward.

Picture this: if you stand on a small boat and try to move around, invariably, you are going to wobble. You may expend as much energy keeping your balance you do walking from bow to stern. Any activity you perform will not be efficient, and you could even end up falling over or even over the side!

But, do those same activities on solid ground, and you probably won’t wobble at all. Your movements will be more efficient and precise, and your risk of mishap will be much lower.

Weak stabilizer muscles will undermine your ability to generate force and use your agonist muscles as effectively as possible.

There is a saying; a chain is only as strong as its weakest link. For some exercisers, that weak link is their stabilizer muscles. The good news is that these muscles are very trainable, and strengthening them is usually a straightforward process.

Stabilizer muscles can be small, such as those that make up the rotator cuff, or large, such as the traps and core. It all depends on what movement you are performing.

In fact, in something like push-ups or standing barbell curls, it could be argued that your entire body is working as a giant stabilizer. If it wasn’t, you’d just collapse under the load.

The Benefits of Stronger Stabilizers

Why should you spend time and energy training your stabilizer muscles? There are several reasons!

Weak stabilizers will undermine your performance. During something like a punch, kick, or throw, if your stabilizers are weak, at least some of the energy that should have been directed forward will end up being lost as your joints move out of proper alignment.

The same is true for lifting weights. Weak stabilizers can result in extra movements that contribute nothing to whatever exercise you are doing. For example, during squats, if your hips rise, but the weight doesn’t (because of weak core stability), you may not even complete the lift.

Weak stabilizers increase your risk of injury. For example, when bench pressing, if you don’t stabilize your shoulders, the head of your humerus could move and rub against the inside of your shoulder socket, increasing your risk of arthritis and shoulder impingement.

In the same way, if your core collapses during deadlifts, your risk of severe back injury is significantly higher.

Strong stabilizers help keep the load on the larger, stronger agonists, which are the muscles you want to train anyway.

Many stabilizer muscles are also postural muscles. Stronger stabilizers should help you sit, stand, and move in better posture.

How To Train Your Stabilizer Muscles

With so many stabilizers, you may be wondering how to train and strengthen them all. After all, some of these muscles are small and hard to locate or identify.

The good news is that building strength in your stabilizers doesn’t have to be complicated, and you should have no problem working some stabilizer strengthening exercises into your regular training routine.

Freeweight exercises usually involve more stabilizer muscles than machine-based exercises. For example, while leg presses and squats both work your legs, there is very little stabilizer activity when you do leg presses. 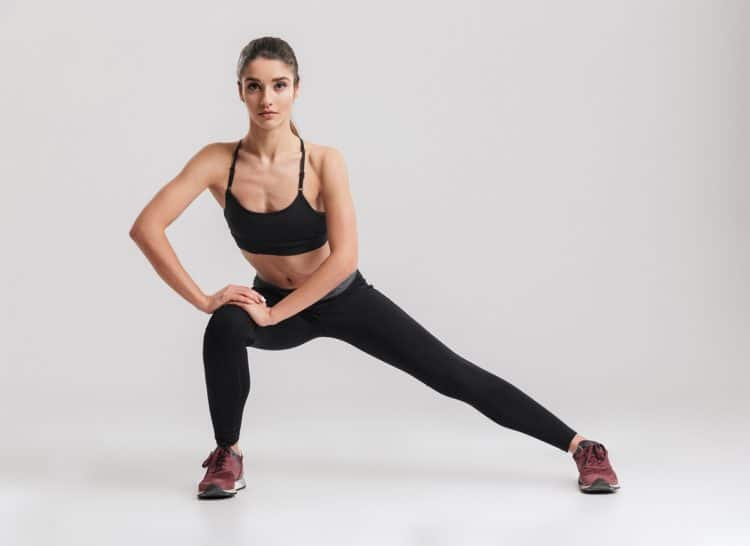 Examples of useful unilateral exercises that will enhance stability include:

Training just one limb at a time forces you to use your muscles to stabilize your joints, rather than the counterbalance provided by using both limbs at the same time. You may need to use less weight compared to bilateral exercises, but this is still an effective way to target and strengthen your stabilizer muscles.

One of the best ways to target your stabilizer muscles is to work out on an unstable surface. This will force these muscles to work much harder. For example, instead of squatting with your feet firmly planted on the floor, try squats on a BOSU instead. Or, to target your rotator cuff, you could do bench presses using a stability ball.

Not so many years ago, training on unstable surfaces was all the rage, and some trainers went so far as to do their entire workout using things like stability balls and BOSU. There is no need to go all unstable, all the time. That’s overkill. However, a few sets of unstable device training will help strengthen your all-important stabilizer muscles.

When to Do Stabilizer Training

Hopefully, you can now see the value of stabilizer training. But, when should you do it, and how can you incorporate it into your workouts? We’ve got a few ideas…

1. At the start of your workout

Stability exercises invariably use less weight than the same exercises done on a stable platform. As such, they’re ideal for warm-ups. Also, doing a few sets for your stabilizers will help “wake them up” so they’re firing correctly when you switch to your main exercises.

2. At the end of your workout

If you prefer to focus on your main lifts, it might be better to do a few stabilizer exercises at the end of each workout. Because your stabilizers will already be tired, you probably won’t need more than a couple of exercises and sets to get the job done.

Alternatively, you could work on the stabilizers you have not trained. For example, after a lower body workout, do some upper body stability exercises. That way, your stabilizers will be fresh. Try both options and see which one works best for you.

3. In a separate workout

If you’ve got the time and the energy, you may find it helpful to train all your stabilizers in a single workout once or twice a week. This could take the form of a “stabilizer circuit” that will also improve your fitness.

For example, why not finish your training week with this workout.

If you have identified a weak stabilizer, you could fix it by doing regular mini-workouts for that one area. For example, if it’s your rotator cuff, try doing several sets per day of BOSU or stability ball push-ups. The rest of your workouts can remain unchanged.

How do you know if you’ve got weak stabilizers? Good question! If you wobble when you train, fail lifts that you feel you should be able to complete, or feel much stronger on machines than freeweights, your stabilizers may need some extra attention.

Also, if you have joint issues, lose your balance easily, or are just an athlete who wants to maximize their performance, stability training will probably help.

You don’t need to give up stable base training to strengthen your stabilizers. In most cases, you can train your stabilizers alongside your larger, more powerful agonists. However, if weak stabilizers are causing you pain or injuries, it may be worth dedicating a couple of months to eliminating these weak links.

How to Do Knuckle Push-Ups: Muscles Benefits, and Drawbacks

Activities like running and lifting weights are good for your health, appearance, and body composition. However, combined with prolonged sitting...

Range of motion is important for building muscle, getting strong, and developing healthy, mobile joints. It’s no coincidence that some...