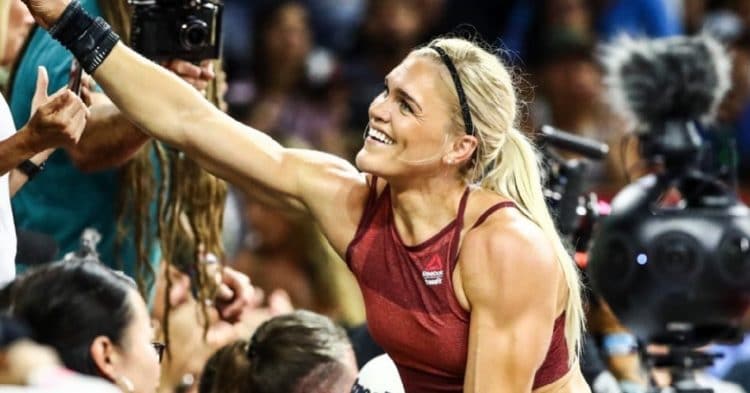 As a two-time winner of the CrossFit Games Fittest Woman on Earth title, 27-year-old Katrin Davidsdottir has just put herself on the map again by making Sports Pro’s 50 Most Marketable Athletes In The World list. It’s a significant accomplishment in the world of sports, and she is the only CrossFit athlete to make the cut.

That’s a win over her 2020 Stage 2 competitor Tia Clair Toomey who is not on the list.

SportsPro’s marketable athletes list is mathematically calculated and derived from Nielson’s assessment methods, using an Influencer Selection and Measurement Framework, and Athlete Influencer Scores to come up with a number that ranks the athletes on the list.

The Athlete Influence Score, also known as the AIS, is crunched by using social media data to determine an athlete’s marketability. It’s not just about followers. The Nielsen Ratings are calculated from a number of qualities including followers, engagement, fanbase growth, media value, and the performance of branded versus organic content. Those stats are put in categories of Reach, Relevance, Resonance, and Return.

First place on the list was Spanish footballer Lionel Messi with an AIS of 115. Karin Davidsdottir takes the number 45 spot.

It’s a competition that Davidsdottir knows well, having won the titles herself in 2015 and 2016. In 2020, after placing in the top 5 of Stage 1 of the CrossFit Games, she posted her thanks to her fans on Instagram.

It is media like this that stands as the obvious reason that Katrin Davidsdottir is racking up the influencer points. That post alone garnered over 130 thousand likes and a slew of congratulatory comments for her.

Karin Davidsdottir has also been a speaker at the ESPN Women and Sports Summit, and appeared on the 30th season of The Amazing Race when she asked teams to identify a national tonic. In other words, she’s a marketable athlete and deserves the ranking earned this week just ahead of October 19th’s Stage 2 of the CrossFit Games.