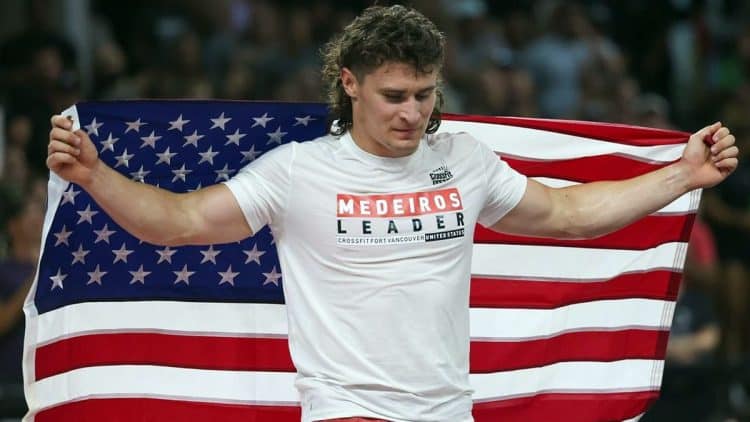 As Justin Medeiros demonstrated last year, winning many events is not the only way to be successful in CrossFit, since a solid and consistent athlete can easily beat someone who has as many bad events as he does good ones. Well, that strategy paid off once again, as Justin Medeiros won the 2022 NOBULL CrossFit Games for the second year in a row. Though Justin didn’t win any of the thirteen events, he did come first overall, which was the only thing that mattered.

Justin Medeiros grabbed his second consecutive CrossFit Games victory as a very young man, as he turned 23-years-old in March. Based on his achievements so far, Justin is on the right track to becoming one of, if not the greatest of all time. Fun fact, Justin Medeiros was just the third man to successfully defend his title. Obviously, the other two were Rich Froning and Mat Fraser.

Justin Medeiros’ 2022 NOBULL CrossFit Games campaign did not look too promising at the start, as Ricky Garard obliterated every event that he performed. However, Ricky slipped up a few times, which Justin patiently waited for. But, despite taking over first place, Justin found himself in a very heated battle, but not with Garard. Roman Khrennikov came out of nowhere and put up amazing performances one after the other. Justin’s battle with Khrennikov lasted until the end, but being familiar with stressful situations, Justin did not crumble under the pressure.

Justin Medeiros is just getting started, so a few more CrossFit Games titles could be on the way. Having participated in three editions of the Games, Justin has now won two. Even in the one that he did not manage to win, Justin went home with a bronze medal. Some of his other notable victories are the 2022 CrossFit Semifinals and 2022 CrossFit Quarterfinals.