Life and accomplishments of Katya Henry 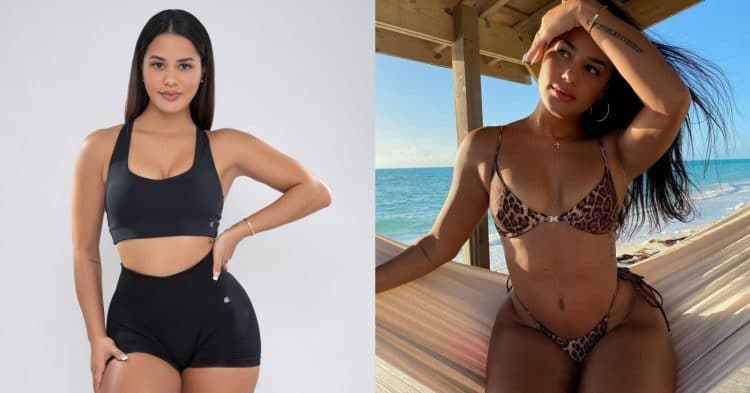 Katya Elise Henry is an American fitness model and trainer. In 2016, she was inspired to start her own women’s wellness brand to help others become better versions of themselves. This is her complete profile, biography, training regime, diet plan, and more.

Her father, Derick Anthony Henry, was a bodyguard, and her mother, Tawnya Lynn Nelson, was a personal trainer. She also has two sisters, Tanaya and Gabrielle Henry.

During high school, Katya achieved her goal of becoming a cheerleader, and therefore, was always active and in shape. However, cheerleading wouldn’t allow her to build the muscular, curvaceous physique that she desired because she had to be so physically active.

So she decided to focus more on training and was fortunate that her mother was a trainer and could help her to attain her dream physique.

Henry was a full-time nanny before things really took off for her on social media. Henry started to share her progress photos on Instagram and her legs and glutes became really popular with fitness enthusiasts. She’s also been offered the opportunity to help promote several brands and travels the world for shoots.

Henry started an international women’s-focused brand in 2016 called Workouts By Katya. The goal was to inspire and help women who are on a journey of overall self-improvement. There she has workout plans, recipe books, apparel, and more.

“seeing progress in others is even more satisfying than seeing my own progress!”.

“I have made it my mission to help women all around the world to reach their goals, gain confidence and learn to love the journey to becoming the best version of themselves!“

Katya Henry has become a popular name in the fitness industry as a social influencer.

“I dreamed of becoming an online trainer and positively influencing thousands of people from all over the world, but it was a big dream for a small girl from Miami!”

Because Henry is praised for her thickness and lower body development, we’ve shared one of her leg and booty workout routines below.

Katya apparently makes sure to cut no corners when it comes to training her lower body. She utilizes a large variety of exercises to ensure she hits every muscle from various angles.

Henry is vegan and has shared many of her meal choices on her YouTube channel. She’s even posted a video titled “what meals I eat to stay thiccy”.

In the video, she mentioned eating a bagel with vegan butter and vegan cream cheese nearly every day.

Fruit smoothies are also included in her diet. One she really liked at the time of making the video was a blend of banana, strawberry, blueberry, pineapple, coconut milk from a can, and almond milk with ice.

Henry also eats a lot of vegan spaghetti and vegan sandwiches. with vegan turkey, cheese, vegan mayo, mustard, lettuce, and whatever else she likes to add to it.

Vegan pasta is another big part of her diet and she takes it everywhere with her.

For dessert, she loves banana ice cream which is made by blending frozen bananas and a little almond milk. Rice, milk, and coconut milk are another one of her favorites.

“I started eating differently, after watching my mom and sister. After getting educated on the subject, I decided to make a change myself. I do not regret my decision at all. I am very happy. I wish everyone would change their lifestyle to vegan.”

Katya Henry resides in Miami, Fl, and is currently in a relationship with Miami Heat NBA player Tyler Herro. They apparently linked up during the Covid-19 pandemic after exchanging Tweets of which they were seen doing Tik Tok videos together.

Prior to that, Henry was in a relationship with singer Austin Mahone and then with Lakers player Kyle Kuzma. She even Tweeted about the most recent breakup saying, “Kyle Kuzma couldn’t handle me“.

Henry is of African, Native American, and European ancestry.

Katya Elise Henry was successful in achieving her goals and helping so many others to do the same. She’s a global inspiration and has a massive social media following; a testament to the influence she’s had on her fans and clients.