Keone Pearson Will Sit Out 2020 Olympia: “I’m Dealing With a Few Mental Battles”

Keone Pearson has decided to sit out the 2020 Mr. Olympia due to personal reasons after winning his 212 debut. 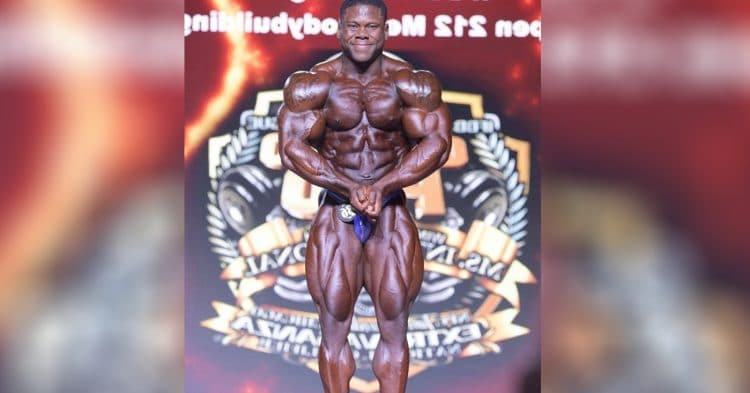 Nearly a week after taking first place at the Chicago Pro Olympia qualifier, 212 division competitor Keone Pearson has decided that he will not be competing at the 2020 Olympia due to personal reasons that are not related to injuries or Covid-19.

Pearson won placed 4th at the 2019 Olympia in the Classic Physique division, and a few months back announced that he’d be making the move to the 212 division. During this time he also said that he wouldn’t be competing at the 2020 Olympia and that his next show would be in 2021.

However, he changed his mind and planned to make his 212 debut at the 2020 Boston Pro, which was unfortunately postponed until 2021. So the Chicago Pro made sense and he ended up getting the win.

And while very pleased with the result, Pearson explained in a recent Instagram post that he has been dealing with a lot of mental battles.

“I just wanted to come on here and let you guys know, I will not be attending the Olympia this year due to mental stress, physical stress. I’m dealing with a few mental battles right now and I’m just not there 100%.”

Pearson explained that he felt pressure to compete but realized that he was doing it for the wrong reasons. He also mentioned nearly pulling out of the Chicago Pro too.

“I think that’s how a lot of people lose a love for the sport because we do it for the wrong reasons“.

He acknowledged that he’s young and that the Olympia and Arnold stage will always be there. He wants to use this time to find himself again, to get closer to God and his family, to spend more time with his girlfriend, and also to improve his physique. He also added that this was a very hard decision to make but it’s just not his time right now.

“Do this shit because you want to; because you love it. When you feel like you’re falling apart from bodybuilding and you’re losing the love, take a breath, take your time, and just re-evaluate why you’re doing this, and why you started in the first place.”

This is what he wrote in the post, “Please listen 🙏🏽 Thank you all for the support ❤️”

Shaun Clarida has engraved his name in the annals of pro bodybuilding by becoming the first bodybuilder to win back...

The 2022 Olympia finals in Men's 212 Bodybuilding wrapped up on Friday, Dec. 16, with Shaun Clarida regaining his title,...

The 58th 2022 Joe Weider’s Olympia Fitness & Performance Weekend is underway with 11 divisions battling on the sport's most prestigious...