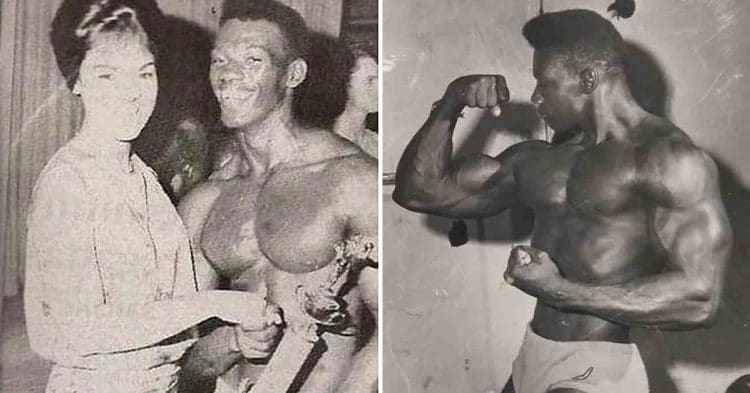 Really unfortunate news in the world of bodybuilding and fitness with the loss of legendary bodybuilder Kingsley Poitier, who passed away this past Sunday.

Poitier was the first-ever Bahamian bodybuilder to win the Mr. World competition, which he achieved in 1965. He also won the most Mr. World must muscular in 1962 and 1964 and was also a significant figure for his country of the Bahamas. Poitier left behind a wife Eloise, and his children Kingsley Jr, Ramel, Tanzania, and Robert Poitier, Insley McKinney and Rekell Brice.

The Bahamian legend was inducted into the Bahamas National Hall of Fame in 2003. He also had a stint where he moved to Hollywood to pursue acting. Although, it wasn’t long before he was back in Nassau Bahamas passing on his years of knowledge to others in the sport of bodybuilding.

Here are some quotes from Stubbs according to Tribune242…

“I too can recall many days training at Wong’s Gym in Palmdale where Mr. Poitier mentored me and taught me some of the basic mechanic exercises – form and technique,” Stubbs explained. “His encouragement and motivation along with others gave me the zest to fall deeply in love with the sport.

“He inspired me to pursue and become a professional body builder and to push beyond my imagination and my physical strength to grace the world stage. I am grateful to him for my professional accomplishments in this regard.”

NACAC President Mike Sands also had some kind words to say about Poitier whom he met during his time competing as a sprinter.

“Kingsley was a very quiet and soft spoken individual. Here again is another perfect example of the type of ‘sports power’ that we possess but really don’t have a true appreciation of our performances on the global or even the local stage for that matter. Imagine, a Mr. World (champion) in the 60’s and many of us don’t even know of his existence.”

We’d like to extend our most sincere condolences to the family and friends of the legendary Kingsley Poitier.

In what has been a sad week for bodybuilding, Bostin Loyd has passed away at just 29 years old on...

Iranian bodybuilder Issac Ghavidel has passed away following a courageous battle with sarcoma cancer. In 2018, Issac revealed that he...

It is with absolute sadness to share the unfortunate news of the death of the legendary Ric Drasin, who was...

The legendary bodybuilder who was most known for his phenomenal physique in the 70s passed away on Sunday at the...