Krzysztof Wierzbicki inches closer to his 500kg deadlift goal by pulling 1005lb, which was 4.ox his bodyweight 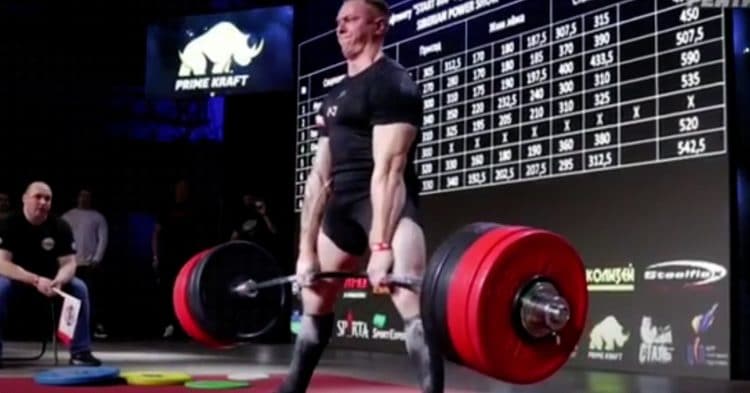 Polish deadlifting phenom Krzysztof Wierzbicki is back at it again, as he makes his way to his 500kg deadlift goal. This time around, he was seen taking big steps with a huge session in training.

They call him Mr. Deadlift, and that is for very good reason. Wierzbicki has shown over the years that he could very well be the most skilled pound-for-pound deadlifters in the world. Now he has his sights set on the elusive 500kg deadlift goal, a feat only able to be accomplished by two other lifters in history. However he weighs significantly less than the other two who have reached this goal, strongman athletes Eddie Hall and Hafthor Bjornsson. So if he is able to make it to this accomplishment, it will be one of the craziest feats of strength ever seen.

Although there is still a long way to go, Krzysztof Wierzbicki took a massive step in the right direction recently. A video was posted to Instagram, seeing him reaching an all-new high with an earth-shattering 456kg (1,005lb) deadlift. What makes this more impressive is that this was a whopping 4.9x his bodyweight.

Man, that was an impressive lift from Wierzbicki. It also managed to blow the doors off of his previous record, showing how rapidly he is improving. That being said, there is still a long way to go before he reaches his goal, 44kg to be exact. However this type of quick and steady improvement is exactly what you want to see from someone trying to accomplish something like this.

Training has certainly been going well for Krzysztof Wierzbicki as well, not just with this big one-rep max. He already holds the all-time world record for deadlift for the 100kg weight class. He accomplished this earlier this year, when he pulled a crazy 955.7lb. Check that out in the video below.

The fact that Wierzbicki was doing this lift in competition was incredible. However 8 months later, he is lifting significantly more than this, while weighing less than he did in the competition, which is simply stunning. It serves as proof of how hard he is working in the training room, and how much this is paying off.

Krzysztof Wierzbicki may not be able to deadlift 500kg, after all a lot of people have tried and failed. Nevertheless there is no denying the raw skill and talent that he possesses when it comes to the deadlift. Although with him only now entering his 30’s, it seems like a foregone conclusion that he will eventually reach his goal.