Lasha Talakhadze has further improved all three of his World Records. 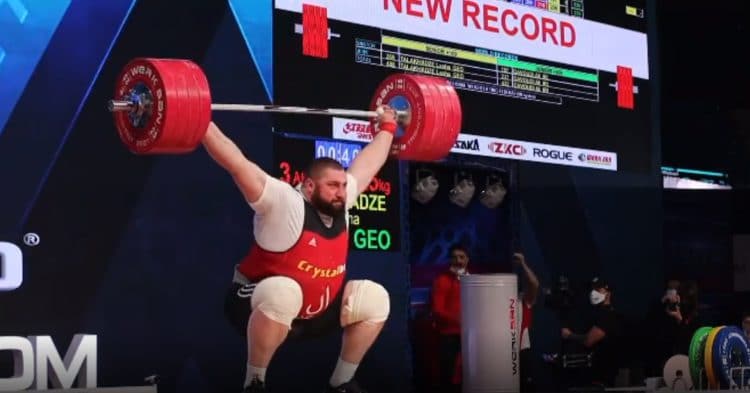 Lasha Talakhadze came to the 2021 International Weightlifting Federation (IWF) World Championships, held in Tashkent, Uzbekistan on December 17th, 2021, as a favorite to win gold in the 109+ kg division. However, Lasha did not just win the competition, he set three new world records in both snatch, clean & jerk, and total, after successfully doing all 6 attempts.

Lasha already had all the records under his name, but he managed to further improve all three of them. This time, Lasha will go home with his fifth World Championships gold medal.

You can watch all Lasha’s lifts here:

At 28-years-old, Lasha Talakhadze still has some time left, even though he accomplished everything. It looks like he only competes against himself, and maybe Lasha could be the first person to get a 500 kg (1102.3 lbs) total, as he only needs to add 8 kg (17.6 lbs) to do it.

Georgian weightlifter Lasha Talakhadze already has a reputation as one of the best in the world. However he proved that...

In case you have been living under a rock, Lasha Talakhadze is a pretty good weightlifter. He earned a pair...

Lasha Talakhadze Is already considered one of the greatest of all time when it comes to weightlifting. However he showed...