Lee Haney, Robby Robinson, and Milos Sarcev believe that Hadi Choopan had the best conditioning at the 2021 Mr. Olympia 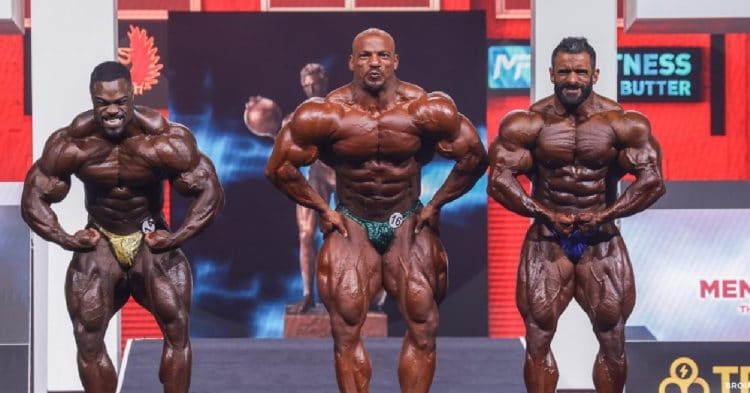 The subjectivity of bodybuilding judging means that there are a lot of people who will disagree with the decisions made by judges. This was the case for several of the sport’s legends, who felt that Hadi Choopan deserved a higher placing at this year’s Olympia.

With Choopan making it into the United States well before the 2021 Olympia, there was a high level of anticipation to see if he could bring a solid enough physique to win this year. In the end, he scored third place behind Big Ramy and Brandon Curry, but had what many believe was the best conditioning onstage.

Included among these was notorious bodybuilding icon Lee Haney, who took to his Instagram to express how disappointed he was about Hadi’s placement. He made it clear that he was certain about how much better the Iranian’s conditioning was, than anyone else’s in the competition.

“Without a doubt Hadi was the best conditioned athlete in the Mr. Olympia line up👌” Haney wrote.

However Haney was not the only one who had strong feelings about Hadi Choopan and his place in the Olympia lineup. Golden Era bodybuilder Robby Robinson commented on Lee’s post to not only agree, but take things a step further and suggest that Hadi deserved to win the show.

“Lee Haney that’s For sure. There are no more lee Haney ROBBY ROBINSON,” he wrote.

“Size with beautiful muscle development AWESOME honestly. Ramy is just big. 300 Ib his arms,back ,shoulders be mountains of muscle. Unimpressed. I would expect something other worldly. Craters of raw twitching muscle all over his body. They giving him the title on sİze Alone”

Also adding a comment to the post, was another legend in the form of Milos Sarcev. He responded to Lee, also agreeing with the assessment that Hadi Choopan had the most conditioned physique in the lineup for this year’s Olympia.

To be fair, it is hard to deny that this is case, as his physique was about as peeled as it could possibly be, and his conditioning was on another level. With that said, it is tough to make an argument that he was robbed, given the current criteria for judging, whatever that is worth.

Lee Haney, Milos Sarcev, and Robby Robinson are all part of a generation of bodybuilding that put focus into conditioning and aesthetic physiques, but whether you agree or not, that is not what the Open Division is looking for anymore. Nevertheless, whether he deserved higher than third place or not, Hadi Choopan looked absolutely incredible.