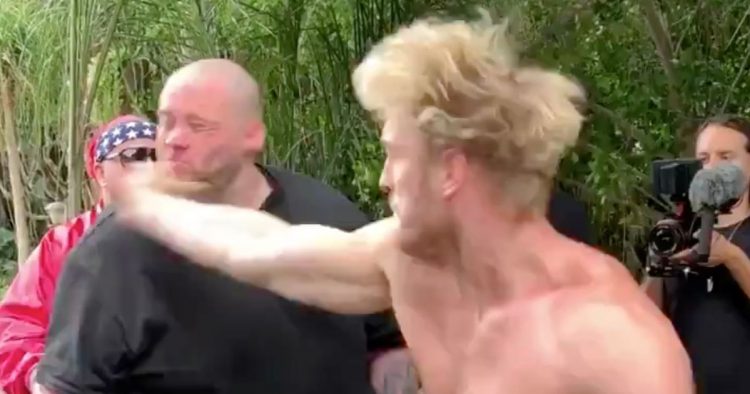 So, by now you probably saw the video of Logan Paul seemingly folding a dude in half with a slap. Logan cited that incident as the main reason for not competing in Russian Slap Championship. He even made an official statement about it, check it out;

After an unfortunate incident at practice today, I’ve decided not to compete in the Russian Slap Competition. pic.twitter.com/ArC03yvIR2

He basically says that he fears he might kill someone with his deadly fists of doom and that for that reason he is pulling out of Russian Slap Championship.

Yes, he pulled a Shark Tank “and for that reason, I’m out” on everyone. Fast forwards nearly a month later, Kenny KO has come forward with an interview featuring the guy that Logan Paul “knocked out”.

The man in the video goes by the name “Slapforcash”  and according to Kenny and “Slapforcash”, he basically gets paid to be slapped by anyone who is willing to pay money for it. The big man claims that Logan Paul did not knock him out with the slap and that Logan has him sign a waiver (I’m guessing that he agrees to get slapped) and told him to play dead as soon as Logan’s palm touches his face.

Now, given the new facts, I can totally understand that Logan saw what the Russian champ does to people and that he has no chance against him, staged this and pulled out.

That, or he never actually planned on competing in Russia and all this was an elaborate publicity stunt for his YouTube channel and podcast. 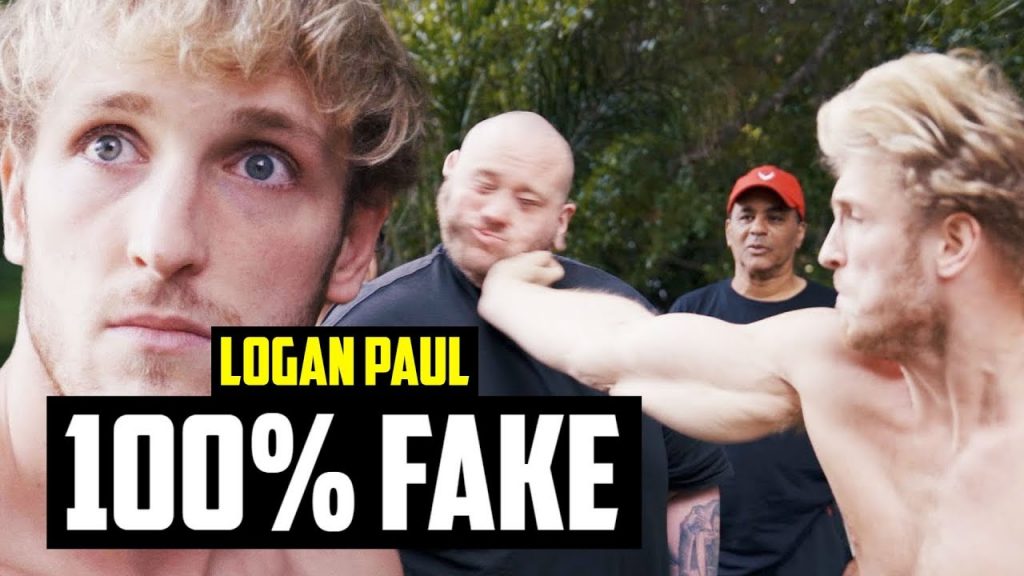 However, I’m still curious about a few things; 1. How come Logan Paul didn’t make “Slapforcash”(I tried googling his name, no results…so I’ll keep addressing him like this) sign some kind of NDA(none disclosure agreement) agreement?

Surely, pretty boy Paul would have wanted this to stay a secret as long as possible. Three weeks after the video, the guy is talking trash about Logan on Kenny KO’s channel and there’s no immediate response? Seems strange.

2. If he didn’t sign any kind of NDA why did he wait 3 weeks before saying anything? What was stopping him from going on youtube the second Logan announced he’s pulling out the slap championship with the reason being him knocking out “Slapforcash”.

On the other hand, Logan is still milking this knockout. He even posted a cleverly edited video titled “the slap that changed my life” with footage of the knockout slap. As of me writing this article, Logan Paul has yet not responded in any way to the video. Maybe he doesn’t care or maybe he hasn’t seen the video just yet. We’ll see…maybe he offers an explanation at a later time.

Two titans in the fitness influencer industry had an impromptu meet-up when Kenny KO ran into Liver King. In a...

Influencer Kenny KO believes bodybuilders who use gear generally age faster than their natural counterparts. In a recent video shared...

Former kickboxer Andrew Tate recently voiced that all bodybuilders are 'p***y cowards' afraid of combat sports, which has prompted influencers...

If anyone is drinking from the fountain of youth, certainly Mike O'Hearn is one of the leading candidates. In a...