Life and Accomplishments of Lukas Osladil 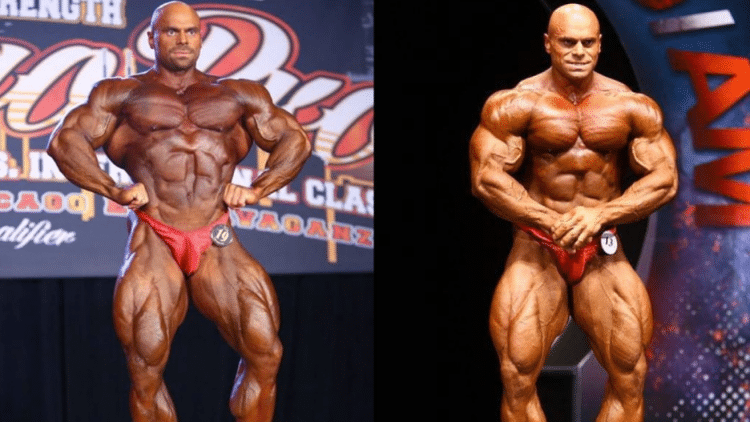 Lukas Osladil is a 212 bodybuilder who has been competing for a long time. This is his life story, diet, training regimen, and more.

Lukas Osladil is an IFBB Pro Bodybuilder, who grew up in Prague, Czech Republic. He began developing a love for bodybuilding at an early age. At just ten years old, he would begin improvising things to lift, such as furniture, or dumbbells attached to broomsticks.

At the age of thirteen, Osladil began going to the gym with his brother. Immediately, he took a liking to weight training and began working with a strength coach. This coach would help him enter a youth competition, where he earned fourth place. This sowed the seeds of professional bodybuilding in the mind of the young child.

In 2001, Lukas Osladil was looking to enter his first bodybuilding contest as an adult. However, it was at this point that he was pulled for mandatory military service. Nevertheless, he maintained his training, despite having to also participate in military exercises. 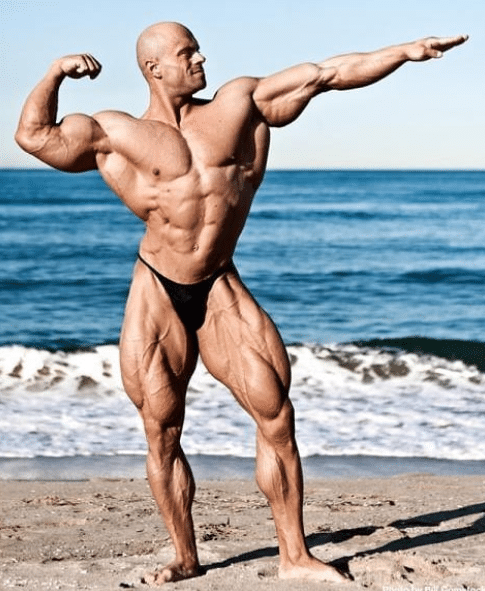 Following his tenure in the military, Osladil got back to competing. Three days after finishing his service, he competed at the 2001 Moravia Championship, where he earned second place for under 80kg division. Subsequently, he followed that up with a fourth-place showing at the 2001 Czech Republic Championship, again competing under 80kg. This was his last junior show.

It was at this point that Osladil’s amateur career began to seriously pick up. From 2004-2011 he competed at 13 amateur shows. However, his most important win came in 2005, at the Europe Championships, where he won first overall. This result would eventually be what earned him his Pro Card. 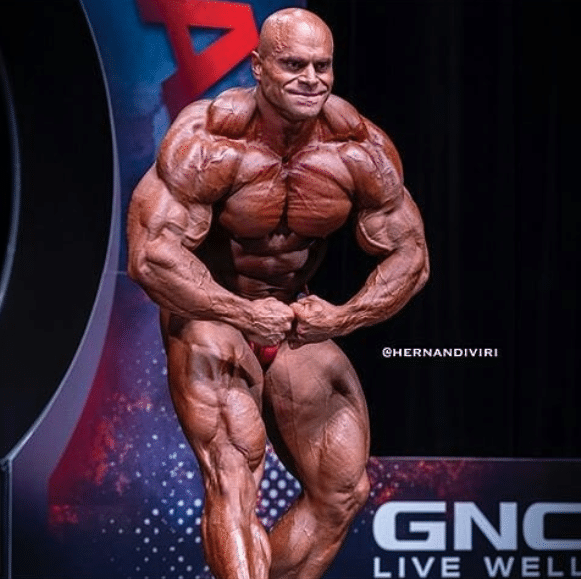 Lukas Osladil had a ton of amateur bodybuilding experience by the time 2011 came around. Therefore, he decided it was time to go for his Pro Card. He would compete at the 2011 Mr. Olympia Amateur, for under 90kg category. Unfortunately, he would earn 2nd place, which was not enough to earn him his Pro Card.

Nevertheless, Osladil would not be deterred. He would apply for, and be granted, his Pro Card in 2011, as a result of his 2005 overall win at the Europe Championships. Subsequently, he would begin his professional bodybuilding career, with his first show being the 2012 Toronto Pro Supershow, where he earned an impressive first place, in the 212 Division.

At this point in his career, Lukas Osladil competed almost exclusively in the 212 Division. He had been growing in mass over the years, as he kept training and gaining muscle. He would see mixed results in this Division, with his best performance being fifth place at the 2012 IFBB Sheru Asian Classic. Although he would dabble in the Men’s Open, at both the 2012 and 2013 EVLS Prague Pro, earning 9th and 12th respectively. 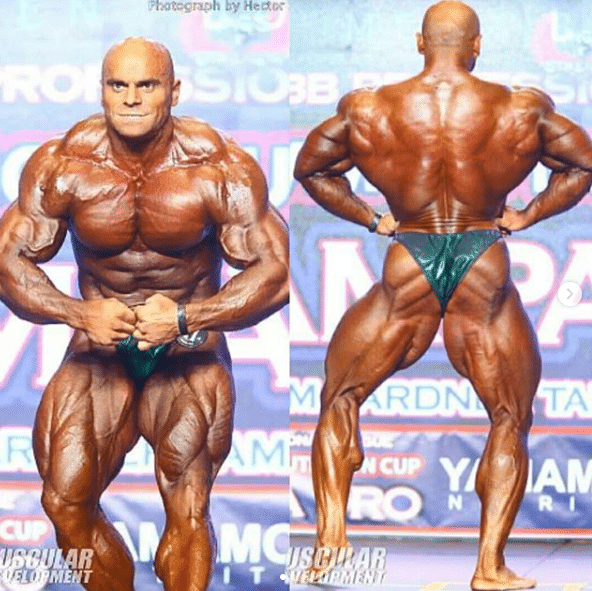 It was not until 2014 that Osladil made the decision to move permanently to Open. He started the year in the 212 Division, earning 7th at the Arnold Classic. However, this was his last competition at 212, as he would move to the Open Division for the 2014 Mozolani Pro, earning 5th place.

Osladil got the first big win of his professional career in 2015, competing at the Europa Phoenix Pro. This victory granted him an invite to 2016, Mr. Olympia. Osladil scored 16th place in his debut on the big stage.

Following this, he would achieve consistent success in various competitions, earning invites to each subsequent Olympia. Moreover, Osladil shows constant improvement, doing better at each turn. In 2019 he would have his best Olympia performance so far, earning 9th place. 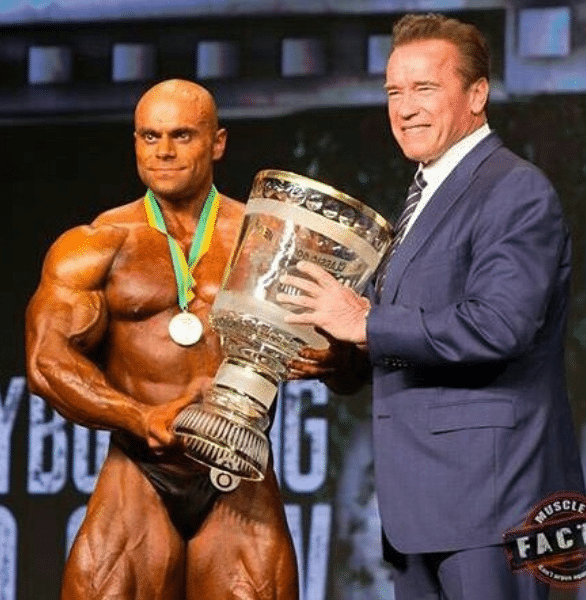 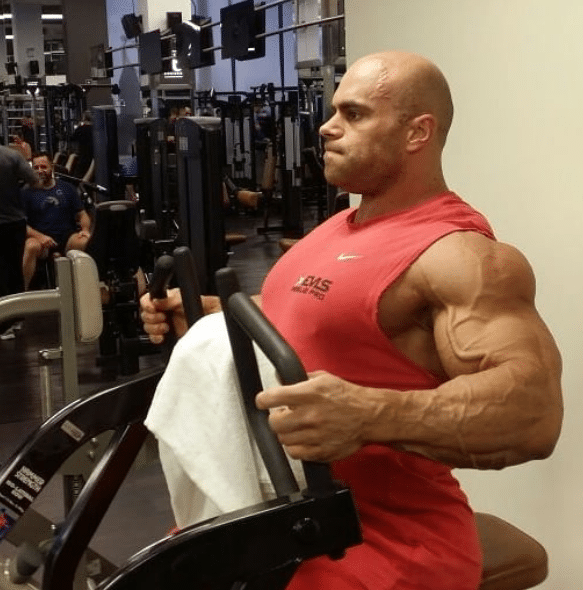 Lukas Osladil tends to train heavy, believing this will give him the rest results. Oftentimes his training sessions last for around 90 minutes, with him training five different body parts in each session. When Osladil trains smaller muscle groups like triceps or lats, he will usually complete six sets. On the other hand, he will amp this up for larger muscle groups, typically completing 14 sets.

Osladil puts a big focus on training his legs, as he enjoys building lean muscle. In order to do that, he mainly incorporates only three exercises – squats, lunges, and leg presses. He believes that this does the best job building that lean muscle tissue, while also producing an anabolic state to assist in the rest of his workouts.

However, when it comes to cardio, Osladil does surprisingly little amounts of it. Initially, when starting his bodybuilding training, he avoided it altogether. Now he will do around 20 minutes of cardio in the mornings, to help jump-start his metabolism. 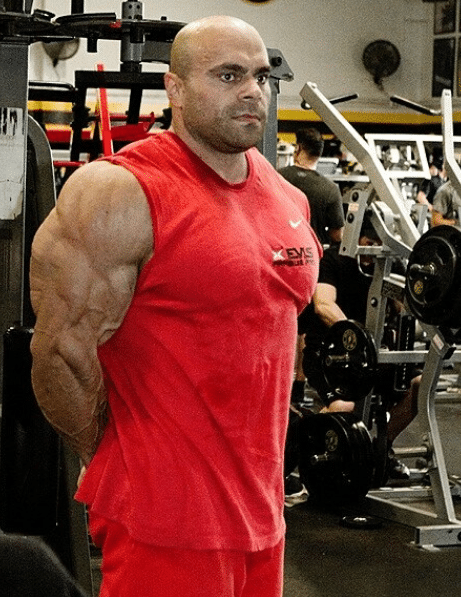 Like most bodybuilders, Lukas Osladil has two separate diet plans, for in and out of the competition. While competing, he will design a meal plan for about 3-4 months out. This plan is tailored around how many calories he is allowed to consume in a day, and is low in carbs. However a few weeks away from competitions, he increases his carb and protein intake massively. Moreover, he will dehydrate himself for a few days in order to allow for his muscles to show clearer through his skin.

On the other hand, when not in competition Osladil’s diet is somewhat more relaxed. However it is still pretty strict, built around his desire to maintain or increase muscle mass. Typically he will enjoy some carbs to fuel his workouts, though not as much as before an event. Additionally, he will take protein shakes and vitamins after hitting the gym. 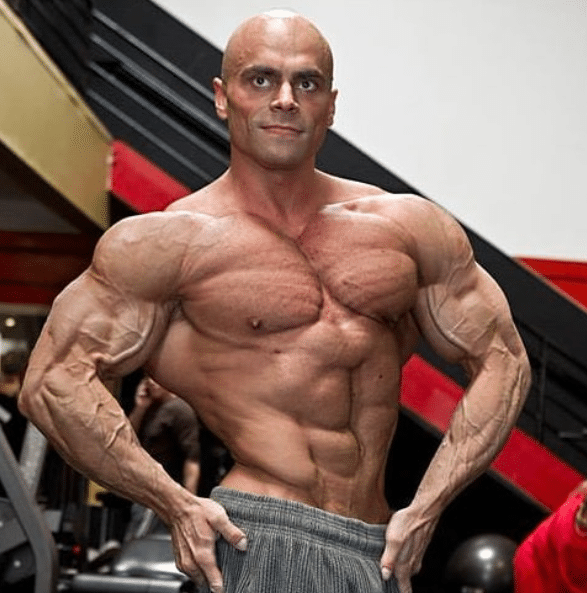 Osladil is proof that hard work and dedication will pay off in the end. He had opportunities to give up his bodybuilding endeavors while in the military. Nevertheless, he stood firm and continued training regardless of his other duties.

He is also a good example of needing to find the right bodybuilding division for success. By continuing to grow and move up in weight, he eventually reached higher levels of success. This, coupled with his high work rate makes Lukas Osladil one of the best bodybuilders in the world.