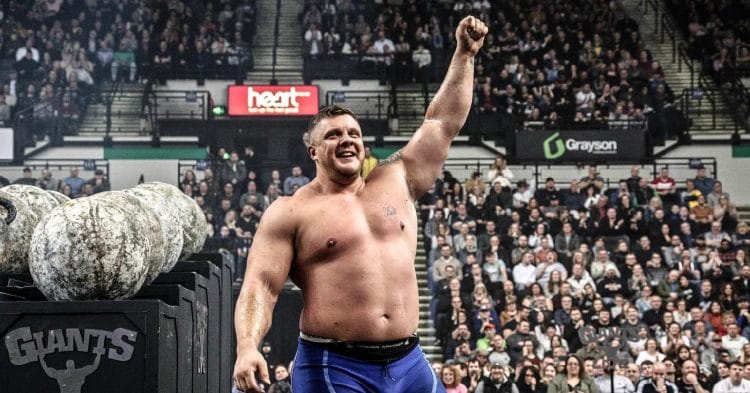 The elder Stoltman brother was looking to compete at this weekend’s Europe Strongest Man contest. However it seems that Luke Stoltman will not be able to do so, after an injury has forced him to withdraw from the event.

The last several months have been fairly slow in the world of strongman. The global pandemic led to the cancellation or rescheduling of several events, including the World’s Strongest Man, so the only form of sport for a while came from the Feats of Strength series that saw athletes attempt world records in a non-competitive setting. Luke actually participated in one of these events, trying to break the log lift world record. Although he was unsuccessful here, he quickly set his sights on the next goal: competing at the Europe’s Strongest Man event.

Unfortunately it seems that this will not be able to happen, as Luke Stoltman has been forced to withdraw from the contest. Taking to his Instagram, he revealed that he has had a lingering injury that he was hoping would heal up by the time the contest comes along. However it has not done so, therefore he was left with no choice but to pull out from the competition just days before he was set to attend.

“Due to an ongoing injury I’ve picked up a couple weeks ago I’m unable to compete this weekend at Europe’s Strongest Man.
I thought it might come good hence the late announcement but physios and doctors have advised me that I could do more damage than good.

I’m gutted.
Sorry to the people that I’m letting down but I’ll be back bigger and stronger for Worlds Strongest Man.

Thank you a million times over for the support you show me.
Means the world! ❤️

Wishing the rest of the athletes a brilliant show! Going to be a good one and I’m sure the strongest of the strong shall take the crown!”

This is clearly unfortunate for Luke Stoltman, who was looking to get back to form after a disappointing performance back in May. He does not specify exactly what injury is dealing with, but if he were hoping it would be healed enough to compete this weekend, it is likely not too terribly serious. Hopefully whatever is ailing him will be straightened out, and he can be back to being healthy, come time for the WSM. It would appear that the door is open for someone to take over that title this year, and it would be a shame for him to miss his opportunity.