The 26-year-old French powerlifting champion powered through some big weight with a squat variation that has helped her technique tremendously. 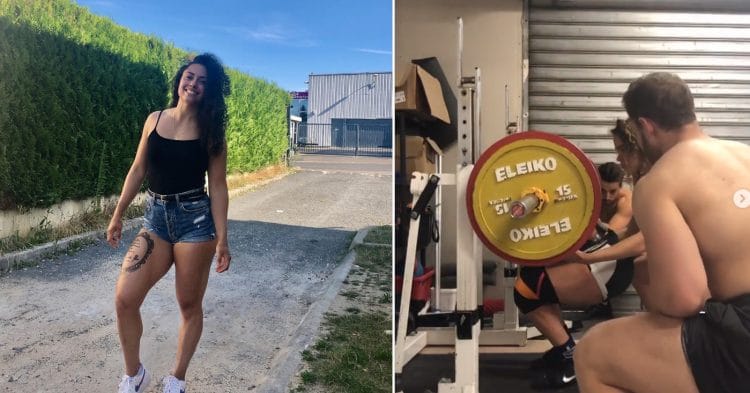 Prescillia “Lya” Bavoil has already proved herself as one of the best 63kg powerlifters on the planet. She won the International Powerlifting Federation (IPF) European Championships last year while setting two new world records (193kg/425lb squat and 514kg/1,113lb total) and a continental record (216kg/476lb deadlift) in the process. She previously held the squat and total world record before eclipsing those performances.

Considering she started her competitive journey at 23 years old (26 years old currently) and the fact that she has yet to miss the podium, it’s safe to say she has a knack for this.

So in a recent training session, Bavoil hit some impressive lifts of 419 and 441 lbs but explained that she has been including some variations in her training. For this session, she used bands to remind her to keep her knees in place and to not cave in which has helped her lifts and lower back.

“🔥 1 x 200 kg / 441 lbs
🔥 2 x 190 kg / 419 lbs
🍴 – 63 kg / 139 lbs
⬇️ Squat variation : SQUAT TEMPO + ELASTIC
.
I used to do only comp lifts for a while but with my coach @thepanash we are introducing back some variation. It has been a whole process to change my routine and my rituals. It can seem silly to some people but I’m proud to put myself out there and to challenge my rituals / routine which secures me a lot. I’m very happy with this variation. I’m learning a lot with it about my squat, improving my form and managing my energy”

You can watch the clips of her lifts below and you also may recognize the other elite 63kg powerlifter in Samantha Eugenie spotting her.

Pana suggested Tempo but I knew it won’t be enough for me to focus on my knee and bar path so I suggest to put the elastic to help me remember that. And I’m very happy because I transferred it on my comp squat and it’s definitely better I can handle more volume more heavy on squat than before with no low back pain just working on my knee position and bar path 😍 sorry for my English! I did the best I could“

Lya Bavoil has been having great success with this method of training and she explained that it has helped her comp squat and lower back. As a result, she’ll be even more of a force in her weight class and we expect some big performances in upcoming competition.