No Result
View All Result
Nutrition Tips
Fact Checked
Fact Checked
This article was written by one of our qualified writers, and fact-checked by our experts. The numbers in parentheses (e.g. 1, 2, 3, etc.) throughout the article, are reference links to peer-reviewed studies.
Our team of experts include a board-certified physician, nutritionists, dietitians, certified personal trainers, strength training experts, and exercise specialists.
Read Our Editorial Process

The food you eat will have a direct impact on your metabolism—not only providing you with energy, but actually increasing the amount of energy required to digest and absorb nutrients. It’s called thermogenesis, and understanding the thermic effect of food may very well change the way you eat! 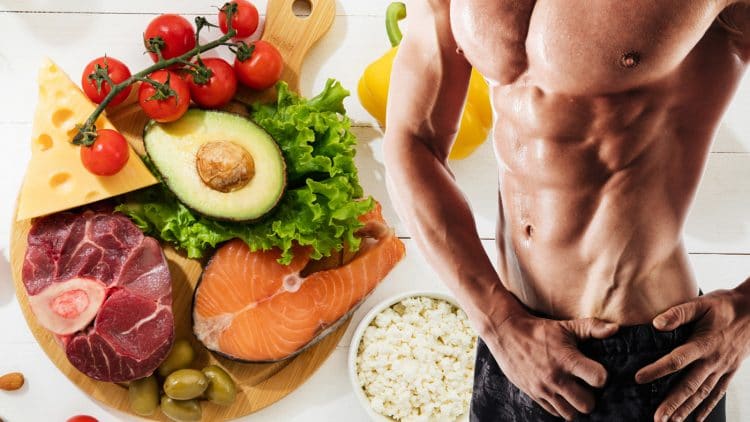 We’ve all heard the saying, “You are what you eat.”

Simply put, it means that the quality of the food you put into your body will directly affect your body composition, internal function, metabolism, and overall health.

If you like to eat junk food, lots of sugar, or fatty foods, you’ll see it reflected on your body—in the form of excess body fat, skin problems, diabetes, heart conditions, fatigue, and more.

The reason behind this extra energy is due to the thermic effect of food. Below, we’re going to take a look at this simple yet fascinating aspect of metabolic function, and arm you with the knowledge that will help you improve your diet to increase your calorie and fat-burning even without spending an additional minute in the gym!

What is the “Thermic Effect of Food”? A Look at Thermogenesis

The “thermic effect of food” refers to the amount of energy expended to digest and process specific foods. This is an amount of energy beyond the basal metabolic rate, which means thermic foods can actually increase the calories burned in a single day above the normal quantities required by your organ function and daily activities.

You see, some foods are a bit harder for your body to digest than others. Protein, for example, takes a lot more work to digest, absorb, disperse through the body, and absorb into the muscle cells than, say, simple sugars. Simple sugars will require virtually no energy to process, but the increased energy required to process protein forces your body to tap into energy stores (or utilize available energy resources) in order to digest the nutrient.

This is called the “thermic effect of food”, or “dietary-induced thermogenesis”. It is one of the three components of your daily energy expenditure (calculate your tdee) (alongside your basal metabolic rate and the energy cost of physical activity).

There is a specific hierarchy of macronutrient oxidation when you eat: your body starts by digesting any alcohols first, then moves on to protein, then carbohydrates, then finally fats last. When you eat a mixed balance of all these nutrients, your body can expend anywhere from 5 to 15% more energy just to digest the food.

Eat just the more easily-digested nutrients (carbohydrates and dietary fat), and your energy expenditure is on the lower end—no more than 15% increase. However, eat only the harder-to-digest nutrients (alcohol and protein), and the energy demand increases—as much as 30% more energy consumed to digest protein.

What’s interesting is that though the thermic effect of food is chiefly governed by the food you eat (it’s right there in the name!), your daily exercise can also affect thermogenesis. Aerobic training at a high enough intensity or for a sufficiently sustained duration can increase the thermic effect of food. So, too, can anaerobic exercise (weightlifting, high-intensity/sprint training).

Exercise will only increase the thermic effect of food slightly—no more than 7-8 calories per hour—but the effect will last for up to five hours after the workout. This is why it’s always recommended to consume a lot of protein after an intense training session. Not only will all that protein help to repair and restore damaged muscle tissue, but it will also capitalize on the thermic effect of food to maximize energy and fat-burning.

What Determines the Thermic Effect of Food?

There are two primary things that determine dietary-induced thermogenesis:

In a way, this disproves the theory that “eating more, smaller meals throughout the day will accelerate weight loss”. The thermic effect of food remains consistent regardless of how often you eat—all that matters is how much you eat and what balance of macronutrients you consume.

High Thermic Foods to Add To Your Diet 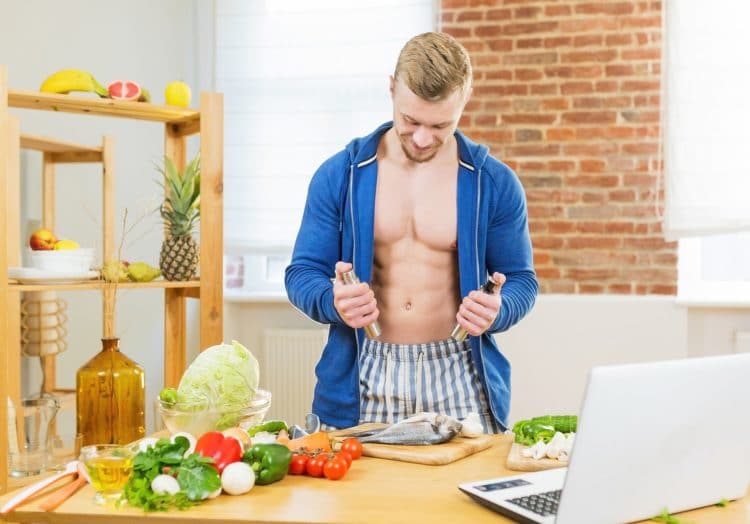 You might be thinking, “Well, this is awesome! I can encourage more fat-burning and see real weight loss results just by eating more foods with high thermic effect.”

And you’d be right! Eating more high thermic foods will increase your daily energy expenditure, which in turn will increase the number of calories your body burns over the course of the day. Weight and fat loss can be simplified down to a single formula:

If you’re eating a lot of foods that trigger thermogenesis, you’ll have a slight edge because you’re fractionally increasing your calorie expenditure. In the case of protein-rich foods, that calorie expenditure can be increased SIGNIFICANTLY.

Below, we’ve compiled a list of the best high thermic foods you can eat. Not only do they offer excellent macronutrient composition, but they’re guaranteed to accelerate calorie-burning enough to make your weight loss/fat loss efforts just that little bit easier. 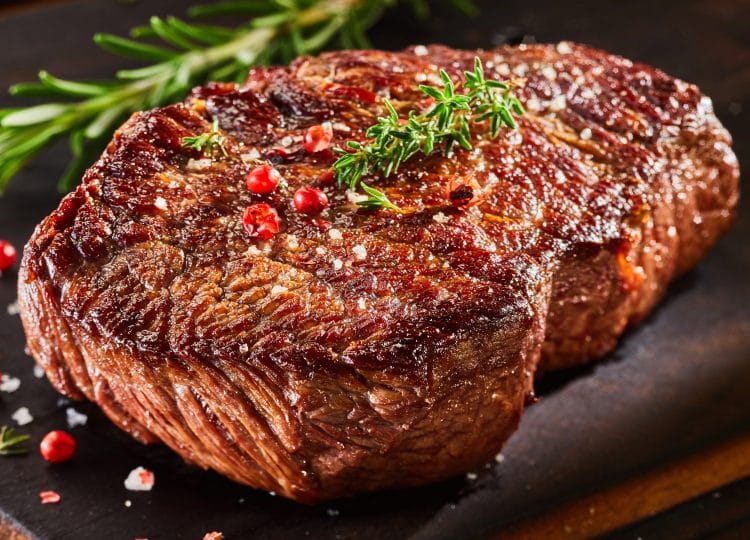 If it’s got a lot of protein in it, it’s a thermic food!

As mentioned above, foods with a high amino acid content require a lot more energy to digest and process, which means they can expend between 20 and 30% more calories. A high-protein diet is known to “boost your metabolism” thanks to thermogenesis.

However, bear in mind that fat is very easy for your body to digest, so it won’t raise your calorie expenditure on the same scale as protein. What this means is that high-fat proteins will typically not be as effective at inducing thermogenesis as lean proteins with a lower fat content. Your goal, therefore, should be to eat more protein while consuming less fat.

The best proteins for you to eat include:

These foods will trigger thermogenesis at a noticeably higher rate than high-fat proteins. Plus, they’ll deliver fewer calories and thereby decrease the amount of energy that needs to be expended to maintain a healthy caloric deficit to see weight loss.

Bonus: Want to know what else makes protein so amazing for encouraging weight loss? Protein-rich foods take longer to digest and process, which means they satiate your appetite more thoroughly and keep you fuller for longer. They also have less effect on your blood sugar and insulin levels, reducing the risk of developing cravings or hunger pangs. It’s a more “stable” satiety that no other food can offer, making protein-rich foods truly the best option for any diet.

Fiber-rich foods are among the best thermic foods for one simple reason: your body can’t actually absorb most of the fiber they contain.

Fiber (both soluble and insoluble fiber) goes through your digestive system without being absorbed through your intestines into your bloodstream. Soluble fiber bonds with water, cholesterol, sugar, fats, and toxins before being eliminated. Insoluble fiber remains in large-sized particles that a) feed your intestinal bacteria and b) act as sort of a “scouring pad” to cleanse waste particles from your large intestine on its way to being eliminated.

Because fiber can’t be digested, your body has to work extra hard to separate it from the rest of the nutrients. Fiber-rich foods take longer and require more energy to digest for this very reason—which means they have a higher thermic effect than low-fiber foods.

That’s why seeds, nuts, and legumes are on the list of protein-rich thermic foods, despite their higher-than-average fat content. The massive amounts of fiber in these foods make them excellent options to increase thermogenesis because the fiber, alongside the protein, need more time/energy to process.

A few other fiber-rich foods to include in your thermogenesis-inducing diet include:

One of the best fiber-rich foods that you can eat is celery. Celery contains very little in the way of calories (just 11 calories per serving), but because of its high fiber content, it’s believed to actually be a “negative calorie” food. Simply put: it possibly burns more calories than it contains.

Grapefruit is another fiber-rich, nutrient-rich food that has the potential to burn more calories than it contains. Grapefruits are known to boost your metabolism and increase fat-burning, but its high Vitamin C and fiber content and low sugar content make it one of the best thermic foods to eat. 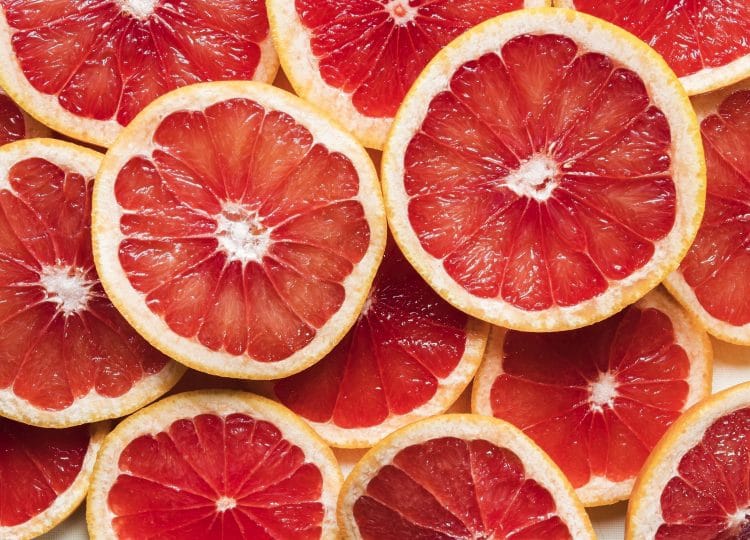 Of course, the concept of “negative calorie foods” is still very much in question. There is a bit of controversy surrounding this theory, and very little scientific evidence to back up the claims. Celery, for example, has a thermic effect of 8%–meaning it increases calorie burning by just 8% (or 1 calorie per serving) instead of 100% (11 calories per serving). A great deal more research needs to be done in order to establish clear scientific proof that negative calorie foods could exist.

However, it’s still enough to know that all fiber-rich foods do offer a thermic effect and increase caloric expenditure!

Read also: The Top High-Fiber Foods You Should Eat Everyday. 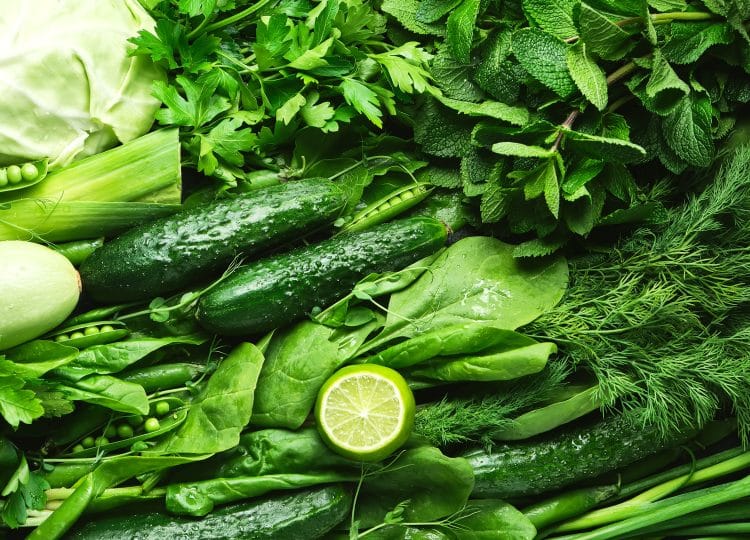 These are just a few of the thermic foods you should be eating in order to burn more calories—and, specifically, more fat—on a daily basis.

Understanding the thermic effect of food can have a direct, positive impact on your diet—after all, you now know which foods cause greater energy expenditure, so you can make certain to add more of them to your daily meals. Increase your intake of protein- and fiber-rich foods, specifically the foods listed above, and you’re guaranteed to burn more calories every day!

Fasting has been a spiritual practice used for millennia to cleanse the mind and body. It has evolved beyond a...