Mike O' Hearn shared the details of training back for more definition. 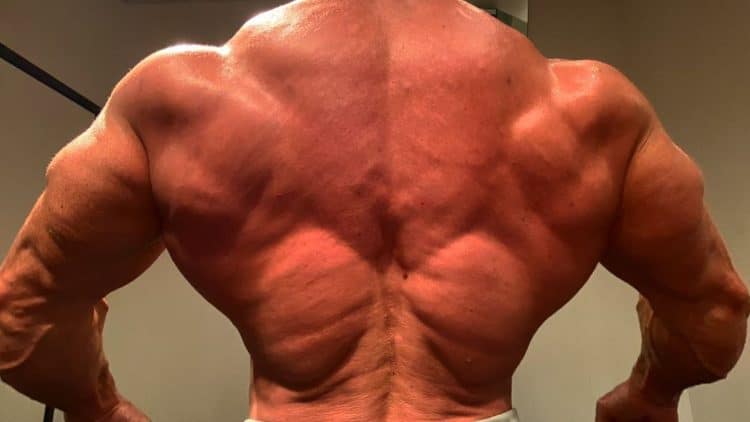 Fitness celebrity Mike O’ Hearn walked his fans through a detail-focused back workout. The former Gladiator (competition show) is doing twice a day training sessions where the focus is training one body part twice per day as he explained in a recent video. For this workout, he and the clan did heavy rows, deadlifts, and lower back movements in the morning followed by lats and upper back to focus more on the details which is what you’ll see here. 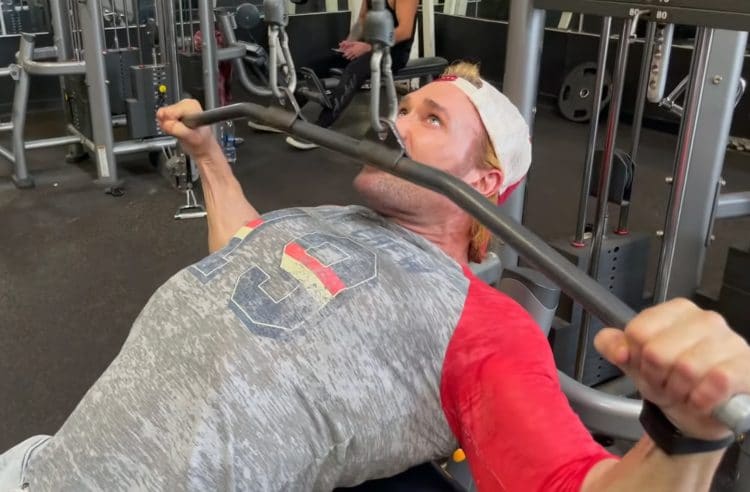 The first back movement is the cable pulldown but chances are you’ve never seen it done this way. It’s performed by sitting reverse to how you’d normally position yourself on the machine. You sit with your butt on the end of the bench and face away from the weight stack and lean back until your upper back is touching the foam rollers that secure the legs down on the seat.

The elbows should be kept high and out (think forming a cross using your arms) to get a really good contraction in the upper back muscles.

Choosing the weight is trickier with this variation because it should be heavy enough to be effective but not too heavy to where your body is lifting up off the bench.

Why this is good for the upper back

Positioning the elbows high helps guide the bar toward the upper back muscles including the rhomboids, traps, scapula and rear deltoids. While you may not be able to target a specific muscle, you should be able to emphasize them by varying your hand and body position.

Not to mention, some exercises feel better and changing up your routine can mean new gains.

Building more mass in the upper back can definitely improve the taper appearance that’s highly sought after in competitive bodybuilding but also for anyone looking to maximize their aesthetics. 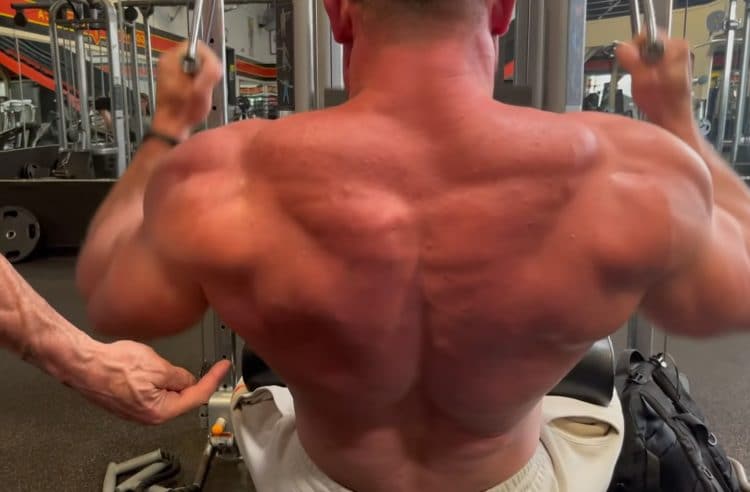 For the second exercise, Mike explained that he wanted to take the common secondary movements and add a little more to them as the focus is to hit the muscles a little differently. In this case, rather than do the conventional long bar pulldown, he used single grips and neutral wrists to replicate the back double biceps pose.

“We’re going to take that secondary and go up a notch, why, we have the energy because we did the compounds this morning, took a break, came back and now doing the secondaries instead of one continuous workout.”

Pulldowns are one of the best exercises for working the lats that when well developed really create the illusion of having a smaller waist.

During the session, the fitness model was asked about using these techniques throughout the entire year. Well, he brought up a good point and the term he used was diminishing returns. This essentially means that something eventually stops working especially if you continue to invest more time and energy into that single thing without changing up. 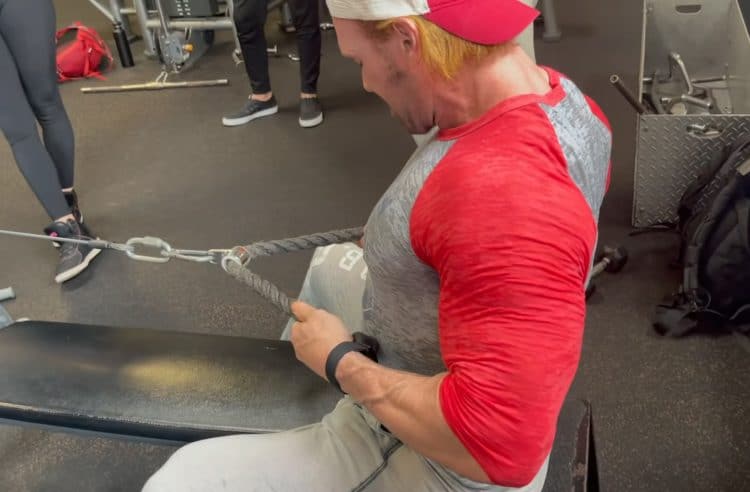 The next back builder was a seated cable row variation using the double rope handles. How O’ Hearn performed it was rather unique as he leaned forward and rounded his back during the stretch portion where the arms are extended. The next part was the row or contraction of the back similar to a lat spread pose.

During the concentric or position portion of the movement, Mike rotated his grip to really enhance the contraction. On the negative he reversed his hand position to unwind the grip position before he repeats the same movement pattern.

Mike emphasized the importance of having that connection with the muscles to really take advantage of changing the hand position.

Try these best old-school back workouts.

Stick To The Basics

At the end of the workout Mike wanted to reiterate how important it is to understand that the basic back movements such as bent-over rows and deadlifts are what build the back. These secondary exercises are to fine tune everything and should not be a replacement for the main exercises.

“This didn’t get us that award winning back,” he said. “Please stop trying to get past the basic footwork.”

Watch the full workout session below:

There is perhaps no better exercise for your posterior deltoid and back than the cable rear delt fly.  If you put...