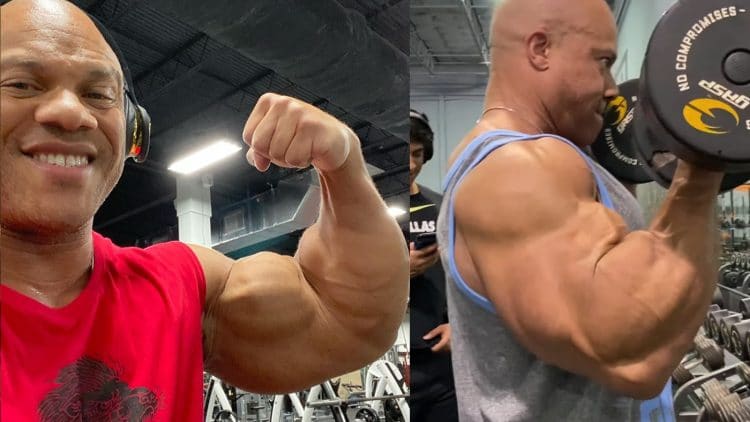 Few occupy the sheer talent or dedication needed to consistently hone a craft like the currently active bodybuilding godfather Phil Heath. Recently, the legend discussed leveling up in the practice room with bodybuilding staple, a four-time Mr. “Natural” Universe title holder and actor Mike O’Hearn. Heath emphasized the importance of steady gains while practicing in the weight room.

Phil Heath laid waste to his competition from 2011-2017, having been the winning recipient of seven-straight Mr. Olympia titles. The 41-year-old is a proven commodity in the bodybuilding world and even as he topples the age of forty, he remains an unyielding threat when he enters a competition. In 2020, Phil Heath managed to secure third place at Mr. Olympia. 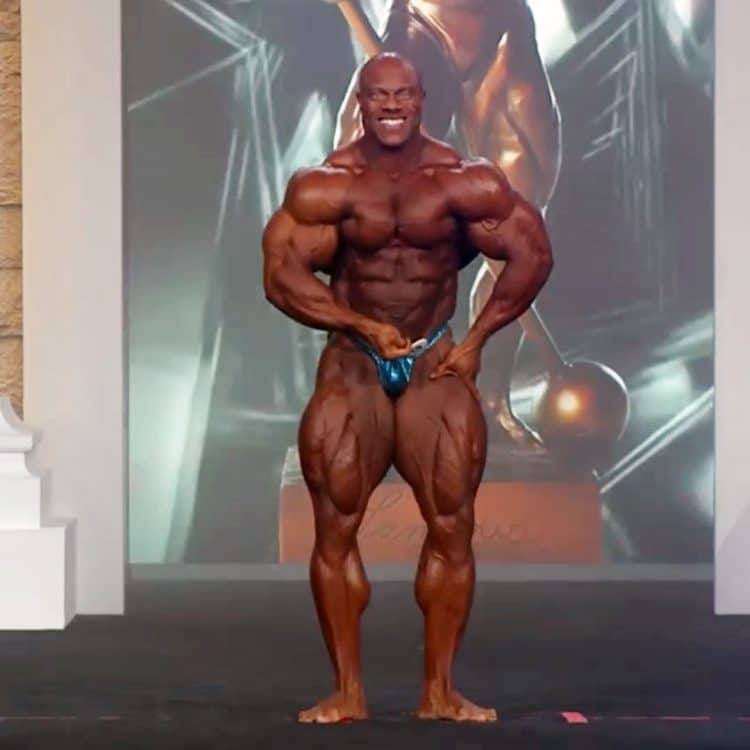 Catching up with O’Hearn, Heath details some interesting techniques that he believes are working out the entirety of his body, especially his core.

“I started doing some interesting training techniques the other day because I wanted to enhance my core. Heath told O’Hearn. So I was like ‘I wonder if I can pull dumbells with one leg and actually balance and actually do that’, so I started doing that and realized like I mean you’re using everything, and increase it, and put mobility and all that. And then I was wondering why I was sweating so hard because you’re trying to keep everything going at the same time”

While Heath has certainly unearthed some interesting techniques, the bodybuilding legend is reportedly not competing at the 2021 Mr. Olympia tournament, according to his coach. Despite not competing this year, Heath maintains that a change of scenery is an important aspect to growing as a professional.

During his bicep curls with O’Hearn, Heath emphasized the importance of changing up workouts despite getting older. Phil Heath believes that once a bodybuilder reaches the top of the mountain, the once-successful techniques will no longer work like they used to.

“We realized and I’m sure you had this happen in your thirties, you realize you can’t diet the same. You can’t train the same, for your desired love. And we realize 2015, why do we, I mean we still won but we didn’t compete the way we wanted to and it’s like why, ah. Heath said.

I’ve ascended to a different level, and using the same techniques and theories from before is only going to get me so far because of form. Heath said. So now I’ve gotta go into Dragonball Z super Saiyan god shit, ya know, one of those different modes, because the other ones ain’t gonna work.”

Heath believes proper diet and varying exercise can enhance one’s ability to perform. However, both legendary bodybuilders attested that one of the loftiest challenges in the sport is Father Time. As a seven-time Mr. Olympia-winner, Phil Heath is a proponent of quality over quantity when it comes to improving in the weight room.