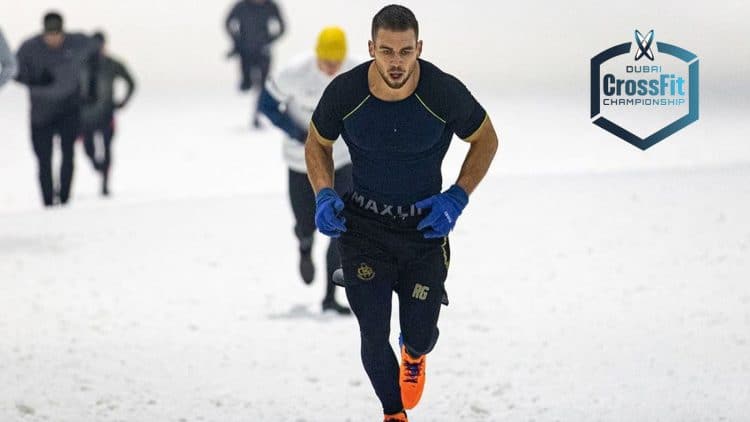 The Dubai CrossFit Championship (DCC) is back in the United Arab Emirates and will take place between December 16th-18th. CrossFit champion Ricky Garard has won the run-up and down the ski slope event and also the full slope run with a weighted vest.

Ricky Garard promised an explosive return after he was banned from the sport for testing positive for performance-enhancing drugs. The high-caliber athlete turned in positive tests for testolone and endurobol for the 2017 CrossFit games. After being banned from the sport for 4-years, CrossFit champion Garard is making good on his pre-season promises following back-to-back event victories.

There is an even split of 20 men and 20 women competing at this years’ DCC. While competition is underway, Ricky Garard’s dominance isn’t going unnoticed.

In freezing temperatures at the Ski Dubai Mall of Emirates, the athletes were tasked with facing each other and the harsh environment. Ricky Garard won both events in an emphatic fashion.

The first event was running up and down the ski slope followed by 500 meters on the skierg. Garard managed to secure 1st place 7-seconds before the 2nd place qualifier, Roman Khrennikov came barreling in.

The opening CrossFit events were not featured on the broadcast. With 4-years away from competition, the fact that Ricky Garard is taking to competition so quickly is an impressive sight.