The Life And Accomplishments Of Nathan De Asha 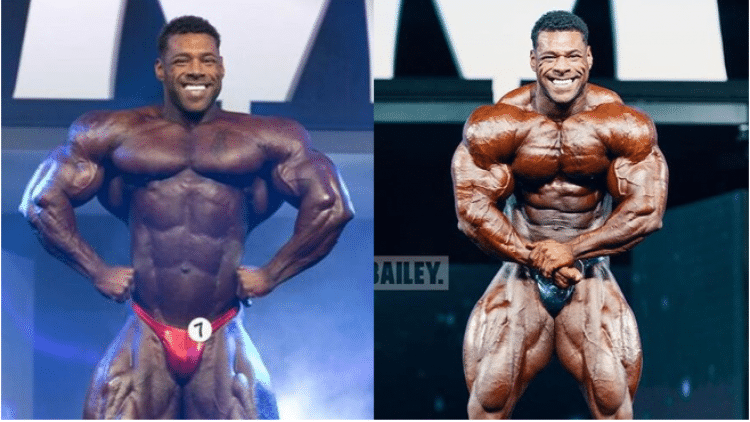 Nathan De Asha is proving to be one of the best bodybuilders of this generation. Despite that, his life almost turned out very differently. 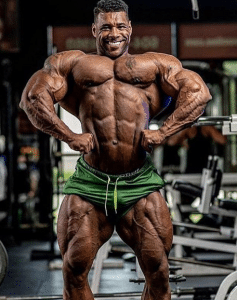 De Asha was born in Liverpool, England in 1988. Here, he grew up in a poor neighborhood, where his family was constantly struggling financially. It would be these struggles that would eventually give him the drive to earn more money, and take care of his family. However, at the time, he was forced to live on welfare and was left with limited options for his future.

Even though De Asha has found success boydbuilding, he actually started out playing soccer. He played on a semi-pro team for around a decade, where he was a really good player. He would then venture into the world of rowing. This was before he found his true passion for bodybuilding. 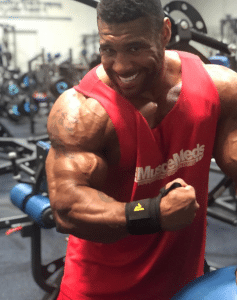 De Asha first turned to bodybuilding to gain muscle for soccer. Ironically enough, when he first attended a gym, he found himself “intimidated” by the large athletes. However, he found his way back, enjoying the feel of lifting free weights, along with gaining mass.

At this point, he would find himself immersed in materials about bodybuilding. He would read books like ones written by Joe Weirder. This is where he started to really develop a love for bodybuilding techniques. Subsequently, he started maintaining a stricter diet, which left him gaining 45lbs of muscle in just 15 months.

Initially, De Asha did not have an interest in pursuing a career in bodybuilding. He felt as if bodybuilding was not a sport, and did not want to do anything other than making gains. Nevertheless, he was convinced by a friend and fellow bodybuilder Darren Smith to give it a shot.

At 21 years of age, De Asha would find himself competing in his first event. He took the stage at a local NABBA show, and despite his nerves, managed to come out on top, winning his first event. This would come as a shock to him, but would serve as proof of his success to come.

De Asha would go on to claim the NABBA Mr. Universe and Mr. Eurpoe titles, along with the British Championships junior title. At the same time, he decided to pursue a college degree. He was interested in the sports science field and used his learning in school to help further his bodybuilding. 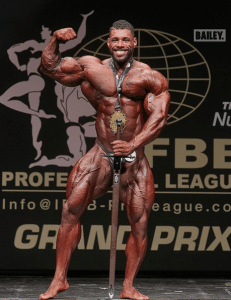 De Asha was working hard in school and on the stage. He was looking to earn his pro card soon, around the same time as earning his degree. He was finally beginning to have confidence in his physique, and the ability to compete.

However, in 2011 riots began to break out in Liverpool. De Asha spoke out on these issues in a Facebook post, objecting to the media’s portrayal of the rioters. He felt as if the rioters were being labeled poorly, and that it was inappropriate how things were shaking out.

Unfortunately, this post was noticed by authorities. He was arrested by police, and charged with encouraging violence and looting. Although he could have pleaded guilty and served no jail time, he chose to plead not guilty. This resulted in him having to serve a 20-month jail sentence.

After serving out his sentence, De Asha was forced into a tough position. Due to his criminal record, it would be difficult for him to get a career with the degree he was working on. So instead, he decided to fully pursue bodybuilding by competing in the 2013 British Championships to earn his pro card.

However, the road to his pro card would not be easy. De Asha suffered three blood cots training before the event, almost taking his life. Subsequently, he set his sights on the 2014 championship. Despite suffering from pneumonia, and the loss of his niece, De Asha was able to earn the victory, and his pro card.

De Asha’s first event as a pro bodybuilder would be the UK Bodypower. Here, he would take second place, only falling short to Roelly Winklaar. This caused him to set his sights on bigger shows. Despite Nathan’s inexperience, he would decide to try his hand at the Mr. Olympia competition.

In his first go at the Olympia, De Asha scored 12th place, respectable considering he was going up against the likes of Phil Heath. This boost in confidence would give him the drive to keep pursuing the title of Mr. Olympia. De Asha would go on to have success in various other competitions. He also finished in 7th place at the 2017 Olympia and 8th place in 2018. 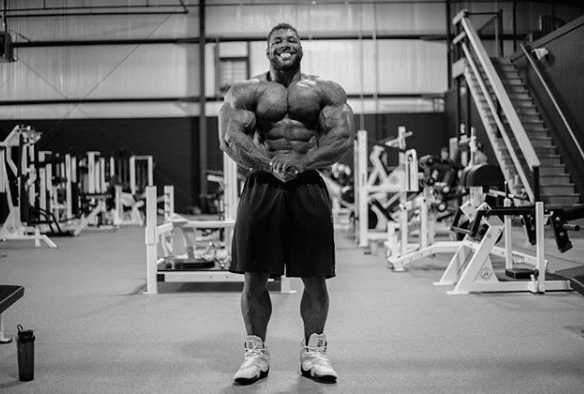 Nathan De Asha splits his training between Liverpool and Kuwait where he trains with Roelly Winklaar. His daily training goes as follows:

Following the hypers, De Asha throws in some deadlifts. He starts off with a warm-up, then moves his way up, all the way to 260kg. When he reaches this weight, usually around his fourth or fifth set, he will attempt to complete 10 reps.

De Asha’s afternoon exercises begin with some pull-ups. He will do around 4 sets of 14 reps. However, if he is too sore, he has been known to adjust those reps to around 10-12. Next up is front pulldowns, which he usually completes in sets of 15, 12 then 10 reps.

After this, De Asha transitions to single-arm exercises. He will either do single-armed seated rows or hammer strength pulldowns. This will leave him feeling well exercised, and exhausted.

Nathan De Asha is one of bodybuilding’s most prominent up and comers. He combines his strict diet, and many supplements to create the best success possible. Additionally, he consumes whey protein shakes, pre-workout supplements, vitamins, and amino acids to boost his gains.

In more controversial news, De Asha recently admitted to pushing anabolic steroids. He admitted to sending these banned substances using the postal service. He was caught as part of an unrelated police investigation.

De Asha has proven time after time that he has the ability to come back from adversary. He has overcome several setbacks, both in his personal life and career. Nevertheless, he has risen above this to become one of the top athletes in the bodybuilding world.