Dexter Jackson Is Looking Ready For This Year's Competition 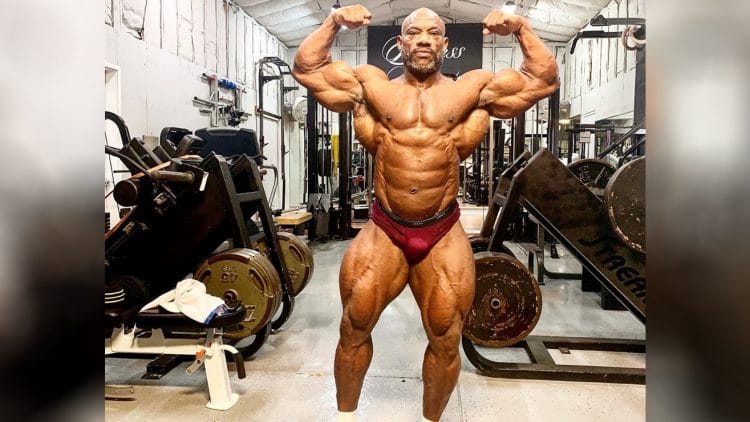 The 2019 Mr. Olympia is fast approaching, and all the athletes are putting the last bit of work in before the big event. One of those athletes is Dexter Jackson, who is looking incredible ahead of the competition.

Jackson is almost 50 years old, and still competing in this year;s Olympia. However, if you ask him, age is just a number, because he is still looking jacked. He has been talking in interviews about how good he is feeling, and what he will be bringing to the table this year.

Moreover, Jackson is not just talking. He has been posting to his Instagram, showing how prepared he is getting for the Mr. Olympia competition. In one such post, he showed himself on what appears to be leg day, straight up looking superhuman. Check it out.

“We working!! The grind don’t stop!! @clay_slay_all_day and @bradbrowe had your boy crawling out the gym today.”

It is not hard to believe that Jackson left the gym crawling, with a workout like that. However, in addition to showing off his crazy leg workout, Jackson also posted a picture to his page. In this picture, you can see just how jacked Jackson is getting, 4.5 weeks away from the Olympia.

“4.5 weeks till the @mrolympiallc The Super Bowl of bodybuilding!! I told y’all I was back!! Team @georgefarah_guru Team @thecharlesglass On point to be the best I’ve ever been at 50!!😬💪🏾😉 So amped!!!!!!”

Jackson really is looking incredible, at age 50. He is heading into this year’s Olympia riding an impressive performance in the Tampa Pro. Here, in the last big show before the competition, Jackson crushed the competition in a way that is rarely seen at his age. Subsequently, the question then becomes, how will Jackson stack up against the bigger athletes like Brandon Curry, Roelly Winklaar, and William Bonac?

The 2019 Mr. Olympia takes place September 12-15. FitnessVolt will continue to provide updates at the event approaches. It will be exciting to see how Dexter Jackson looks, come show time.