Try out this Mutant-approved chest and bi's workout routine. 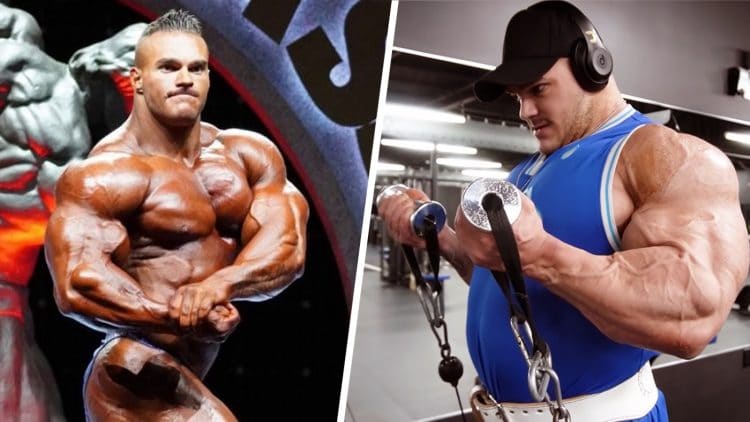 Open division bodybuilder Nick Walker is one of the most popular competitors in the sport today and he recently shared his chest and biceps workout following the 2021 Olympia.

Earning his Pro card just last year, the 27-year-old has already won the prestigious Arnold Classic competition and placed fifth in his first Mr. Olympia contest (The biggest bodybuilding and fitness event in the world), all in 2021.

Walker’s “confident, not cocky” attitude is quickly setting the young New Jersey native up for an illustrious career. But his physique also does a lot of the talking and it had better, with a nickname like “The Mutant”.

Nick lives and trains in Florida and the following workout took place at the Revive Gym in Stuart, Fl.

Let’s see what this mass monster does to build his upper body.

Before Nick Walker takes on a grueling chest and arms session, he preps an Intra-workout shake of which he drinks during training.

It consists of 20 grams of Raw brand EAAS (essential amino acids), one serving of Raw Pump (pumps, hydration, and nutrient delivery), and one scoop of Raw Intra (hydration and energy).

This concoction, of course, helps him to get through his gym routines and is just all-around beneficial for his progression.

Related: The 10 Most Important Supplements for Men Who Lift

Nick has some of the best arms genetics in the game and his impressive guns come naturally. His chest, however, is admittedly somewhat of a weak point. That’s usually how it goes though, manytimes you’ll see someone with great arms and an underwhelming chest or vice versa.

In this case, bodybuilders have to focus a bit more on those less than great areas to bring them up as best they can.

This is what The Mutant does to hammer his pecs for growth.

Nick started off with his favorite chest machine, the Hammer Strength press. He chooses the incline variation first to really emphasize the upper chest muscles.

Working up to four plates for 9-10 reps, Nick is known for using strict form and while he could’ve probably loaded on more plates, the weight got heavy real quick as he said in the video. But it was more than he did last time.

The next exercise, decline Hammer Strength, is supposed to emphasize the lower chest area, also called the sternal head.

“I prefer decline over flat, that’s just me. Supposedly rumor has it decline helps even hit the upper.”

Studies are somewhat mixed regarding using a specific bench angle to emphasize sections of the chest.

But there is some research that’s shown the incline press to emphasize the upper chest area at certain points during the press, while a decline angle has been shown to stimulate the lower chest more (1).

For the third chest movement, Nick grabbed the dumbbells and headed to the incline bench. But instead of just pumping out reps, he paused at the bottom each time to keep tension on his chest muscles before exploding the weight up.

This could be beneficial for hypertrophy but is definitely a good technique for building strength.

The last exercise was the seated cable fly. This movement is one of the best for really stretching and squeezing the pec fibers. While Walker did not actually say this, the chest muscles do function to adduct the arm (bring it toward the center of the body).

Taking muscles through their full, natural range of motion and using various angles and movements is recommended for maximizing muscle activation and development.

Cable/machine flyes are one of the best ways to accomplish this for the chest muscles.

If you’ve seen any of Nick Walker’s arm training workouts, you probably know that cable curls are one of his absolute favorite biceps exercises.

He uses KAZ handles from Prime Fitness which have a tapered design, unlike the standard single-grip cable attachments. In his experience, the more ergonomic grip eliminates any elbow or forearm pain and allows him to feel the movement only in his biceps.

Another biceps exercise that Nick does a lot is 21s. While he says you can do them in many different ways and this is true, he prefers to do seven reps for the top half first followed by seven full reps and then seven lower half reps.

Read: How To Build Bigger Arms With Biceps 21s

Nick finished off his biceps with the machine preacher curl. The goal for this exercise was similar to that of the seated cable fly that he finished off the chest routine with.

The aim was to do 5-6 sets of 10-12 reps with shorter, 30-second rest periods in between sets. This exercise is awesome for really stretching out the biceps and getting a sleeve-splitting pump going.

Finishing Off With Calves

You’ll often see Walker add in an exercise for a muscle group not specified, like abs or calves. In this case, he finished off the workout with standing calf raises done for 4-5 sets of 15-20 reps.

At one point during the session, Nick told his brother Lou (Walker) that his coach Matt Jansen said his calves are too small, and that he needs to train them more often.

“I went pretty heavy today, strength is coming back slowly but surely,” Nick said after the workout.

He’s not trying to get too crazy with the weight just yet seeing as he just competed at the Olympia earlier this month. Right now the goal is to ease back into more intense training and just have fun with it.

What’s next for Nick “The Mutant” Walker?

As Nick explained in the video, he and his brother Lou will be in their home of New Jersey for two weeks but they’ll also be filming some training content up there.

You can watch the full session below.