Just a week after scoring fifth at the 2021 Mr. Olympia, Nick Walker returned to the stage for a guest posing 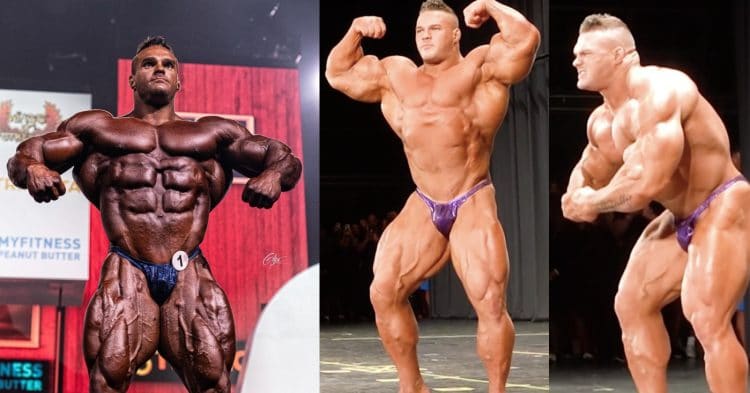 Nick Walker had one of the best first pro years in recent memory during 2021, culminating with his top 5 showing at the Olympia. He then capped it off with a guest posing at the 2021 NPC Utah Classic.

When he first earned his Pro Card, Walker was clearly one of the most intriguing prospects the sport had seen in a while. He had a massive size and shape at a young age, which helped him to win the New York Pro and Arnold Classic, then come in fifth at the Mr. Olympia, all in his first full year competing as a pro.

That seemed to be the end of 2021 for the Mutant, but he apparently had one more round of posing left in his veins before he hung up his trunks for the year. In a video that he posted to YouTube, as well as a clip he shared to Instagram, Nick can be seen heading to the 2021 NPC Utah Classic to do some guest posing.

The clip posted to Instagram largely cuts the guest posing routine of Walker down to just a few seconds, but in the full YouTube video the young bodybuilding contender is on stage for around two minutes. He hits a variety of shots, and while he is clearly not the same level of conditioned as he was at the 2021 Mr. Olympia a week earlier, he looks to be in tremendous shape still.

One of the other interesting things that Nick can be seen doing during this trip to Utah, other than hitting the gym for a grueling workout, is posing down with one of the NPC competitors from the event. The pair went head to head with most muscular poses in the audience, much to the crowd’s delight, before Nick took the stage to deliver a quick speech.

“Always believe in yourself, never listen to the negativity that you get, if you do get it. Always speak your goals into existence because it is not being arrogant, it is believing in yourself, and there is no shame in that,” Walker said.

It was certainly fun to see Nick Walker on the stage one more time for a guest posing and to interact with his fans. It is clear to see from this video that the people really do like him, and believe in his future potential on the Olympia stage.