Roelly Winklaar reflects on his performances in 2021, and vows to be better next year 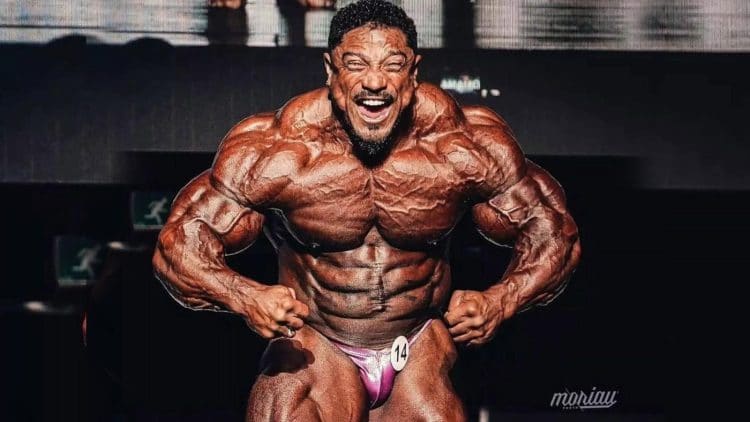 It goes without saying that Roelly Winklaar did not have his best performances in 2021. However he is aware of this fact, and he is promising that next year will be better.

This year saw a lot of firsts for Winklaar, such as being the first year that he did not win a contest to earn an invitation to the Olympia, qualifying on the back of a second place at the Europa Pro show. With his 11th place score, it was also the first time in his career that he scored outside of the top ten at the Olympia.

Roelly is aware that he has not put on the best performances over the last few months, and is hopeful to change that in the coming year. Posting to his Instagram after his latest second place showing at the Yamamoto Pro, he reflected on the year that has passed, while promising that he will bring a better version of himself next year.

“Being out for over a year made it tougher for me than I could’ve imagined. 2021 wasn’t my best year and I own up to it. Next year I promise you that you will see a different Roelly 🙏🏾😉” Winklaar wrote.

“Thank you to my true fans. The ones who have always supported me and continue to support me ❤️”

It is pretty clear to see why Roelly Winklaar was not particularly thrilled with the way he performed this year. That being said, he has a good point about how taking more than a year off can really hinder your onstage skills and ability to peak, as we have seen from other bodybuilders.

One thing is for certain, and that is the fact that Roelly is still one of the best in the world, even if he has not shown it in recent months. Hopefully by going back to the drawing board, he can return to form next year.