Nick Walker breaks down his fight place performance at the 2021 Mr. Olympia 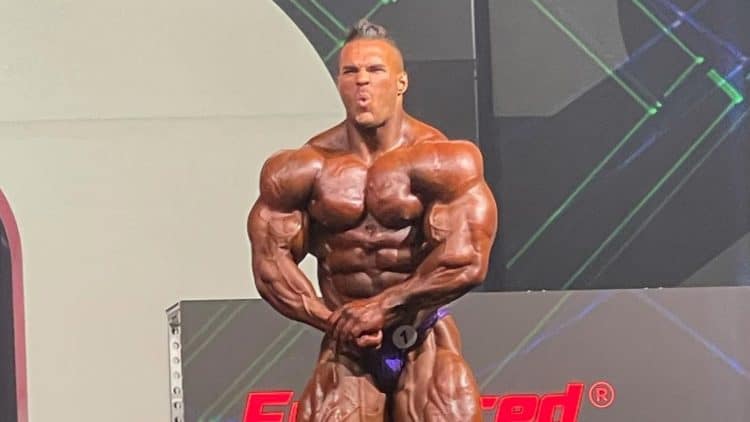 In his first full year as a pro, Nick Walker said that he wanted to win the Arnold Classic and get top five at the 2021 Mr. Olympia. While he did just that, he says that he is still not satisfied with his performance in Orlando.

Walker is inarguably one of the most promising young competitors in the sport of bodybuilding. After turning pro last year, he stormed through the 2021 calendar of competitions, winning his first ever New York Pro and Arnold Classic, and coming in fifth place at the 2021 Olympia.

Following the conclusion of the 2021 Olympia, Nick posted to his Instagram to react to this performance and his fifth place score. Although he spoke prior to the Arnold and said that he would like to be in the top five, he said after the fact that he was disappointed in the result, having hoped to do better.

This reaction from Nick is just the latest example of how competitive his mindset is, given that he is not satisfied with what many is calling one of the best freshman years in bodybuilding history. After all, to win your first ever Arnold Classic, then be in the top five of your first Olympia a few weeks later, is practically unheard of.

Nevertheless, this is the mindset that is making Nick Walker one of the most highly respected and popular figures competing right now. While some would say that he does not have a very pleasing physique, he has captured the attention of the young generation of bodybuilding fans because of his outspoken and confident nature, as well as his massive size.

As far as his competitive ventures go, he says that he is done competing for the year. Now he plans on spending the next several months working on the holes in his game that let Hunter Labrada, Hadi Choopan, Brandon Curry and Big Ramy beat him.

Even if he is disappointed, many people are impressed with how Nick Walker looked in 2021. It is going to be exciting to see how he improves over the next few months, and if he can continue his meteoric rise.