Nick Walker reflects on his incredible first pro year, gives his thoughts on the 2021 Olympia, and reveals his competition plans 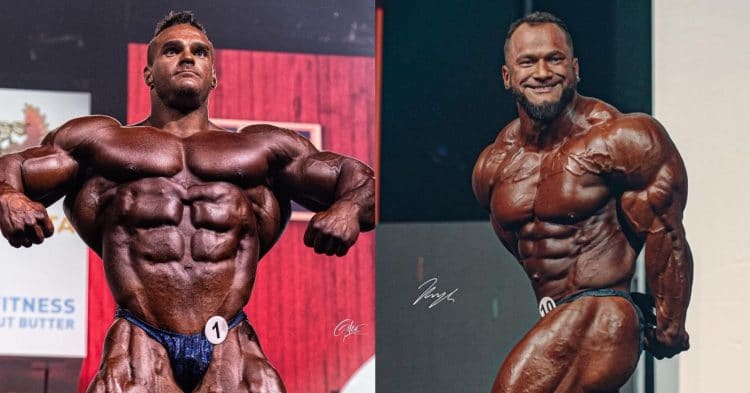 Nick Walker shocked the bodybuilding world with the impressive run that he made during his first year competing as a pro. Now he says that he plans on taking a break after a busy year that left him perpetually in prep mode.

After turning pro in late 2020, Walker wasted no time making a statement, competing at the Chicago Pro a few weeks later. Then when 2021 came around he blazed a trail, winning the New York Pro, and the Arnold Classic, before ending the year with a fifth place showing at the Olympia, marking one of the most impressive freshman years in the sport’s history.

While coming in fifth place was a big win in the eyes of Nick’s fans, many were frustrated and disappointed that he lost to Hunter Labrada, who came in fourth place. Speaking in a recent interview, Nick made it clear that he felt like he should have beaten Hunter, saying that this was the reason fans were upset.

“If you want my honest opinion, I think they think that I beat him because I beat him… I just think overall I was better. I was harder, I was dryer, I was more complete, but he does have a better aesthetic look, quote unquote, than I do. But that’s just what I believe, that’s why we have Classic. This is bodybuilding, this is for the freaks,” Walker said.

“I’m not upset. I don’t have any anger towards anyone. Like I said, it’s my first Olympia, I was fifth. I know what needs to be done, and what needs to be fixed, and next year I’ll be sure to come back undeniable, where they can’t deny me anything. I’m nowhere near done.”

As far as the improvements he can make, Nick Walker said that he talked to the judges after the Olympia, and they told him to work on his legs. While that is something he is aware needs work, he did reveal that he had a bit of an injury that hampered his ability to train legs.

“(The judges) told me that I need to work on building my quads more, which I’ll talk about. People didn’t know, but I actually had a bit of a knee injury, doing New York. So that did hinder my leg training a little bit, not too much… Now that my knee is fine and I’ve been able to train a lot harder and better, my legs are going to blow up really quick for next year.

“Then the most obvious one is fix my front and back lat spread. Other than that, just keep doing what you’re doing,” Walker added.

That said, Nick is already qualified for the 2022 Mr. Olympia due to hi placing this year. He says that after a busy year and a half, taking very little time off, he is going to take a break from competing and work on making the improvements he needs to score better at the 2022 Olympia.

“Since I really haven’t had an actual offseason in almost two years, mentally as well, I think it’s important to take a long offseason to make the improvements that are necessary, but also just to enjoy life a little bit. But yeah, I think that will do me really well, to make the real improvements that I need to come back to the Olympia twice as good,” Walker said.

While it will be disappointing to not see Nick Walker until the 2022 Mr. Olympia, it is going o be interesting to see how he looks upon his return. At just 27 years old, the future is bright for the Hybrid.