Life and Accomplishments of Nicole Mejia 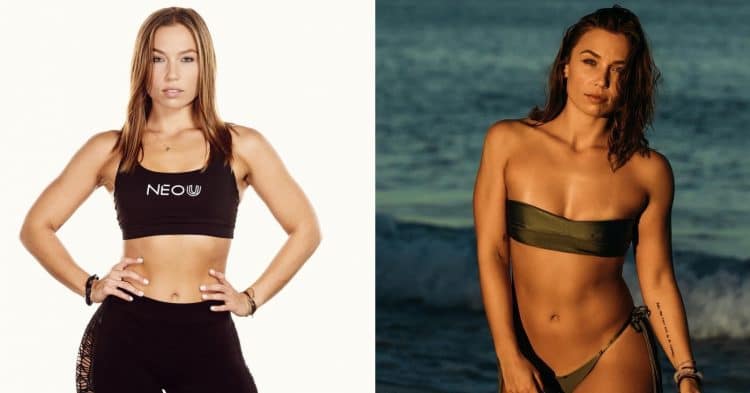 Nicole Mejia is an entrepreneur and model who has become a self-made woman after experiencing an anguished youth as a victim of bullying. The bullying occurred in her younger years and as a result of her weight. Today, Nicole Mejia is a gorgeous model and fitness guru who uses her platform to inspire others through fitness and self-growth.

Have a look at her amazing story….

From her early days growing up in Florida, to a thriving business today, it’s easy to see why Nicole Mejia is so inspiring to so many. She is not just a social media superstar, she is a woman of worth that teaches both men and women all over the world to love themselves no matter what. She does that through fitness.

Her desire to heal and help others in the world began when she was a child.

Nicole Mejia is a born American who was born in Pembroke Pines, Florida. She is graced with both Columbian and Italian descent, which very likely is part of her captivating beauty. Being a Scorpio probably helps her there too.

This combination of chemistries has gifted her with a passion and motivation to help the world. It started when she was bullied as a child for her weight. As a result, she grew up with a self-image problem that created great suffering.

By the time she graduated high school, Nicole Mejia had transformed into a beautiful young woman that wanted to change the world.

Nicole Mejia’s fitness journey began in 2006 when at the age of 18, she began her passion for working out at the gym. It started out as just a generic need to feel better about herself, and now she uses this motivation to help others find that too.

Lifting weights and doing regular cardio sessions is the natural first step when you are starting a fitness plan. That is how Nicole Mejia structured her routine, and a star was born.

Today Nicole takes on the same plan. She does this while running a successful business, and teaching others that if you love what you are doing in your workout, you will become your own winner.

Here she is embarking on a hike in the beautiful mountains of Colorado. Nicole told her Instagram fans that she was going back and forth between Florida and Colorado during the 2020 Covid-19 pandemic. She made good use of her time by using the mountain trails of Colorado to help sculpt her gorgeous physique.

She described the scenery, and offered her readers a bevy of trails in Colorado, noting their difficulty levels.

By 2009, Nicole Mejia had found her dream figure. It was a transformation that turned heads and led to a deeper motivation to succeed in the world of fitness. She gave a shot at photoshoots and realized she had something that could truly help people.

Modeling was her first career, and she made a good one of it. But Nicole Mejia’s drive to succeed went deeper than just wanting to be in front of the camera. She took that passion for social media, and by then, the entire world was turning heads for her.

It wasn’t long before Nicole Mejia’s following was starting at the tens of thousands mark on social media. Today, Nicole Mejia’s Instagram has over one million followers. She inspires them daily with food for thought, personal growth messages, and tips on nutrition and working out.

By the age of 25, Nicole Mejia could add “entrepreneur” to her list of credits. She founded the Thick and Fit company and began building her mission of teaching others how to accept their bodies and who they were as people. Now, Nicole Mejia is described on YouTube as a fitness and wellness expert, and motivational speaker.

Nicole Mejia uses a holistic method to help keep her gorgeous figure intact while staying as mentally healthy as she can. She believes and practices the notion that each human must find a balance in their lives. For her, it starts with transforming the body she was given and using her mind and heart to fill in the rest of the blanks for her people.

By 2016, Nicole Mejia would be considered one of the fittest women in the world.

When 2020 wrapped up, Nicole Mejia posted on Instagram about the power of meditation in her fitness life. Nicole performed a handstand on Instagram for her fans. She blithely took the handstand and wriggled her feet as if it was the most relaxed position in the world. She then offered to host a meditation circle for her fans, hosting a live New Year’s meditation on January 1.

Nicole Mejia doesn’t have too many secrets that she shared publicly, but she is repeatedly saying that she is influenced by people as driven as her. She surrounds herself with them for inspiration, so that she can inspire her following.

When her fans comment to her on their own successes, Nicole Mejia thrives on that personal success.

There is no one set of training that Nicole Mejia discusses, because she endorses overall fitness. She takes two stretch and recover days weekly, but uses foam rolling sessions on those days so that she still gets some training in. Her Thick and Fit videos on YouTube are constantly talking about creating structure and routines. In one, she discusses daily 30 minute workouts and movement sessions for the week that look like this:

In addition to that structure, she offers personal development tips that include daily focus, and guided journal prompts. Nicole Mejia has even offered weekly live coaching calls to foster “a guided journey towards a deeper sense of awareness and acceptance of yourself.”

Nicole Mejia is just as structured in her eating plan as she is in her working out. She eats plant-based meals and puts two meal prep days into her schedule. She does that on Sunday and Wednesday.

Nicole Mejia eats four times a day, with meals that include oats, protein shakes, a salad, and a hot meal that has been pre-made. For some add-ins, she includes dairy, meat, gluten, and a processed free grocery list.

For fans that need more help in meal planning, Nicole Mejia’s YouTube videos indicate that she offers a meal prep guide and tips, supplement recommendations for those on a plant-based diet, guidance on intuitive eating and macro counting, and also guidance on adding or reducing calories from a base plan.

Nicole Mejia does talk about her personal life online, but she does so in general terms. On both Twitter and Instagram she reveals aspects of her personal relationships, in ways that are surely inspiring to her following.

Nicole Mejia’s online life also shows the breadth of her intelligence and character. She has indicated a passion for politics, noting on Twitter at one point that the amount of money spent on the presidential campaign is “sickening.” She also called 2020 the year that made us re-evaluate everything.”

In other areas, she has stretched her limits by appearing on an episode of MTV2 series Guy Code in 2015.

And a deeper dive into Nicole Mejia’s personal life and additional notes about her indicate that this is a woman that loves life, loves succeeding, and loves helping others do the same.