CrossFit competitor Noah Ohlsen announced that he will likely be stepping away from competing in the Individual division. 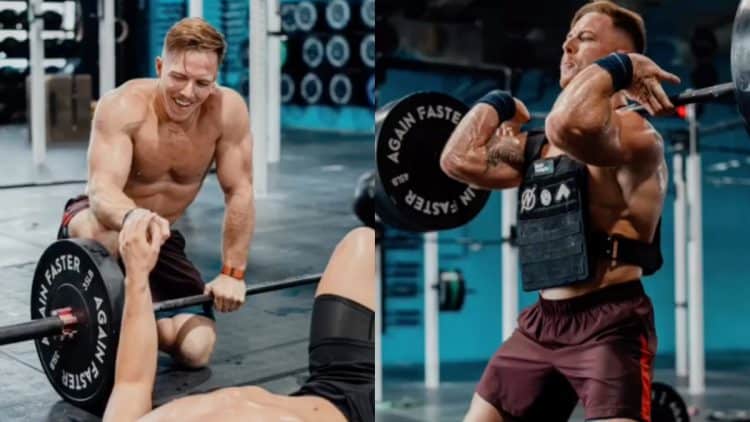 Noah Ohlsen is a grizzled CrossFit veteran that inspired others with his insane dedication to becoming the Fittest Man on Earth. However, it seems that he will be ending his career as an Individual, as per his recent video uploaded to YouTube. Ohlsen announced that ‘there’s a good chance’ he would retire from individual competition after CrossFit Games 2023.

Ohlsen started his CrossFit journey as an Individual athlete in 2014. Ever since then, he stands out as one of the most consistent athletes of all time, having never missed an edition of the Games since his debut. He will mark his return to the Games in 2023, set for Aug. 1-6 in Madison, Wisconsin in what will be a record-setting 10th appearance in a row.

Although Ohlsen has not won the show yet, he has managed to remain in the top 15 in each event. He entered the 2022 Games as a favorite to take home the top prize but got a 12th-place finish. Noah’s best finish ever was at the 2019 CrossFit Games, where he finished in second-place.

In July, Ohlsen joined forces with YouTube sensations Buttery Bros for a few training sessions in preparation for the most recent CrossFit Games. Noah initially planned to do a more intense workout but switched to a deload session to educate his viewers.

At the beginning of the year, Ohlsen went head to head with 3x Classic Physique Mr. Olympia Chris Bumstead and other renowned athletes in a Gymshark strength test. Bumstead edged out Noah to take the top spot in the 1 rep max standing push press exercise, lifting 264.5 pounds (120 kilograms). Noah tied for second place with a lift of 242.5 pounds (110 kilograms).

In a recent video posted to his YouTube channel, Ohlsen talked about his performance at the latest edition of the Games.

“The 2022 CrossFit Games were just about two months ago out in Madison, Wisconsin. It was not my worst performance ever but it was certainly not my best. I finished 12th place, which is pretty disappointing for the, I don’t know if I’d call it expectations but the desires that I have for myself in terms of performance. I not only want to be a top ten CrossFit Games athlete but I want to be on the podium, I want to win the CrossFit Games. That’s been my goal for the last decade.

“Stepping into the 2023 season, it will be hopefully, if all goes well, my 10th consecutive year competing at the CrossFit Games… depending on the phrasing, no one has ever qualified for ten individual CrossFit Games consecutively.”

Ohlsen announced that he will most likely step away from individual competition after marking his 10th consecutive appearance at the 2023 CrossFit Games.

“There is a good chance that it’s my final season competing at the CrossFit Games as an individual athlete. That’s tough to say, for sure. It’s been all that I’ve known for the last decade plus.

The way things have gone, the way my life is set up now, I don’t want to just continue on that hamster wheel of trying to win the Games and just falling short of that. While I will go into this final season giving it everything that I’ve got to try to accomplish that one last time, there is more to life for me and I want to explore some of those options; creatively, family wise, entrepreneurial wise.”

Noah plans to continue competing but in the team division after the next season.

“That doesn’t mean I’ll be done competing after this season. I fully intend on competing in the Team division of the CrossFit Games from the 2024 season on for who knows however many years. My good friend Chandler Smith and I have talked about doing that for a long time. Hopefully, we put together a team that is able to win the Games multiple years in a row. Maybe for me, even more fulfilling than if I had ever won the Games individually.”

Noah Ohlsen’s journey from being a ‘scrawny kid’ to becoming one of the most elite athletes on the planet inspired many up-and-coming athletes. He also talked about getting his bodybuilding start in a video with Bumstead, where he tried to live like the Classic Physique standout for 24 hours.

Chris Cormier Agrees With Derek Lunsford’s Special Invite: ‘He Deserves It, He Held His Own’