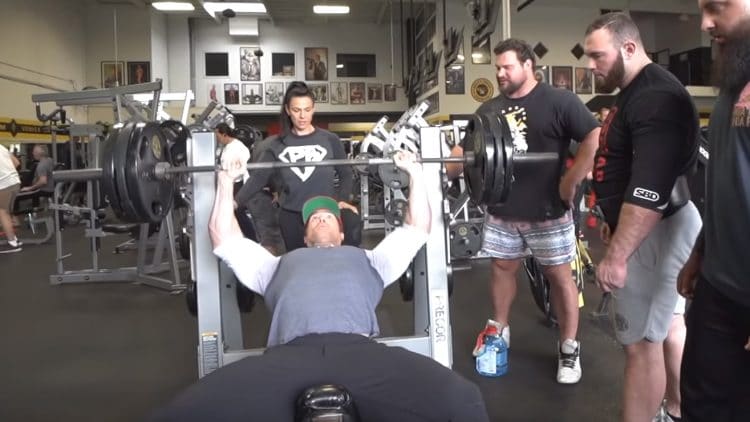 Well the video, of course, began with a little humor which is natural when Martins Licis is involved. But then they got to the nitty-gritty with Mike O’hearn leading the way. However, before they began their lifting session, he talked a little about the illusion of many of the physiques on social media and how many guys don’t have the sheer size and thickness you’d expect them to in person.

But he used his two huge training partners as an example of what real size looks like and the plan for this workout was to address the 2-dimensional appearance and train for that 3-dimensional thickness with some presses.

So the workout began with some heavy and explosive strict presses while O’hearn and Licis talked about the potential benefits of fasting, which may be effective for certain aspects of health and performance (e.g. longevity, resetting the body in many ways, etc) although, it was clear that this is only ideal during the offseason and not around competition.

Then Licis explained how he sets a timer to take 5-minute rests in between sets when training large muscle groups like the shoulders, chest, etc to ensure he has optimal strength. O’hearn chimed in and agreed that it’s good to take your time between sets before asking the former what he thinks about today’s generation believing in 1-minute rest periods to keep the workout moving along.

They then talked about how it’s good to use both explosiveness/speed and controlled flexing to both trains for strength and hypertrophy which you can hear more details about in the video.

Next up… the incline press. Mike O’hearn was very adamant about why he prefers this variation over the flat bench press because it’s more functional and applicable to real-life functions like sports and pretty much everything else. He explained that nowadays the flat bench press is pretty much like a decline bench because of the excessive arching of the back and that this isn’t a functional movement for anything really. Plus, he says men naturally have better developed lower pecs, therefore, we don’t need as much flat pressing.

But Licis wasn’t afraid to admit that the bench press isn’t one of his best movements but that’s because he’s a Strongman competitor and it’s not a required or necessary lift, whereas overhead pressing power is much more important. And he did admit his chest is lacking as a result of never doing the bench press so maybe he’ll do more from now on.

And finally, they did an interesting variation of the incline fly (like a slow incline jumping jack using dumbbells) which targets the delts and upper chest but it also improves mind/muscle connection, range of motion flexibility, and more.

Check out the entire video below… 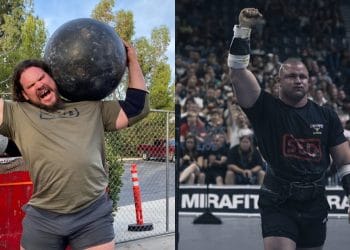 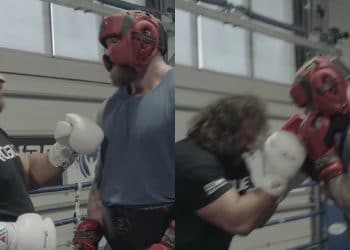 The only thing crazier than watching one World's Strongest Man winner boxing, is seeing two do it. This was the...

Over the last few years, Action Bronson has come a long way in terms of his fitness journey. He recently... 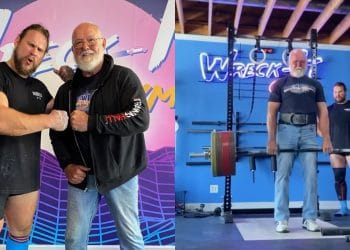 At 71-years old, there are very few people who deadlift 451lb for one rep. However strongman veteran Odd Haugen pulled...