Results and recap of the 2021 Giants Live Strongman Classic, which saw world records and Oleksii Novikov walk away victorious 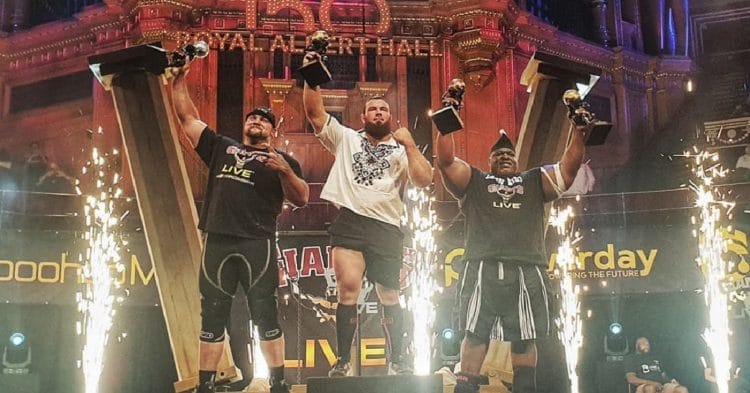 The 2021 Giants Live Strongman Classic took place July 24th, at the Royal Albert Hall in London, England. This is the complete results of the contest, which saw Oleksii Novikov walk away victorious.

The Strongman Classic feature 11 athletes, competing in this legendary venue in England. A staggering seven of these athletes competed at the World’s Strongest Man last month, making the lineup all the more interesting.

In the end, 2020 World’s Strongest Man winner Oleksii Novikov was able to get the gold at this contest promoted by Giants Live. However it was an exciting contest from start to finish, with world records being set along the way.

With so many high-level strongman competitors taking the stage, it is no surprise that the 2021 Giants Live Strongman Classic was as fantastic of a contest as it was. Heading into this contest, there was a lot of pressure on the shoulders of Oleksii Novikov, After the 2020 WSM champ failed to replicate his success at the 2021 Strongest Man, last month, falling out of the competition without even making it to the finals.

Considering the fact that he walked away from the contest victorious, coming in the top three in all but one event, it is safe to say that Novikov’s 2020 WSM win was no fluke. On top of that, he won the Farmer’s Carry event, scoring the dub with a lightning fast time of 8.74 seconds.

Coming in second place was the T-Rex, Evan Singleton. He did not win any events at the 2021 Giants Live Strongman Classic, but was runner-up in both the Hercules Hold and Atlas Stones, the latter of which he was only bested by 2021 World’s Strongest Man winner and King of Stones, Tom Stoltman.

Cheick “Iron Biby” Sanou may have come in third, but that did not seem like it would be the case after he won the Hercules Hold, and set a new world record to win the Axle Press. Unfortunately he suffered an injury, tearing a bicep, that left him falling behind as the contest went on, even withdrawing from the Atlas Stones, but his strong start was enough to leave him in third place.

After landing in the top three at the 2021 Giants Live Strongman Classic, Oleksii Novikov, Evan Singleton, and Iron Biby are now qualified for the 2022 World’s Strongest Man. They also beat out 2021 champ Tom Stoltman along the way, which came as a shock to many.

This contest was a perfect example of how unpredictable strongman competitions can be at the highest level. It was an exciting contest and worth watching in the end.