The 2022 California State Pro has wrapped, and Charles Griffen walked away victorious and earn his invitation to compete at 2022 Mr. Olympia! 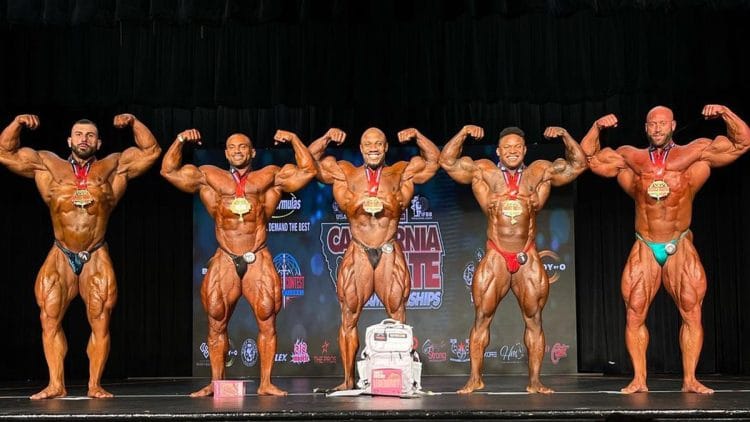 This year’s season of bodybuilding is underway with athletes from around the world eager to show the hard work that’s made up their respective off-seasons. The 2022 California State Pro Olympia qualifier took place on May 28, 2022, in San Diego, California, and featured an impressive lineup of talent from the Men’s Open Bodybuilding division. By the end of the competition, Charles Griffen walked away in the first place and punched his ticket to Mr. Olympia.

2022 Mr. Olympia is the most prestigious bodybuilding show of the year and will take place between Dec. 16-18 later this year. Athletes gathered on the west coast over the weekend, looking to present the finest package possible as their sole objective was to earn gold, but at the end of the day, one individual took home the gold.

Find a full list of the results for California State Pro below:

Charles Griffen has remained active this year, and already notched an impressive performance at the 2022 Indy Pro earlier this month. The Men’s Open competitor walked away in second place, behind champion Blessing Awodibu. With redemption on his mind, Griffen wanted to close the gap between himself and the rest of his competition, once and for all.

Mohamed Shaaban is an exceptional talent entering the contest. A back injury forced him to pull out of the Arnold Classic in 2022. The 2021 Mr. Olympia was his last outing, where he finished 10th overall.

With Mr. Olympia expected to take place this Dec., anticipation for the biggest show of the year is climbing, especially considering Griffen just earned his invitation to grace the event in the Men’s Open division!

Fitness Volt would like to congratulate Charles Griffen on his major victory at the 2022 California State Pro!