It appears that the questions about whether or not Phil Heath will keep competing have been answered, as he says he feels better than ever for his comeback season 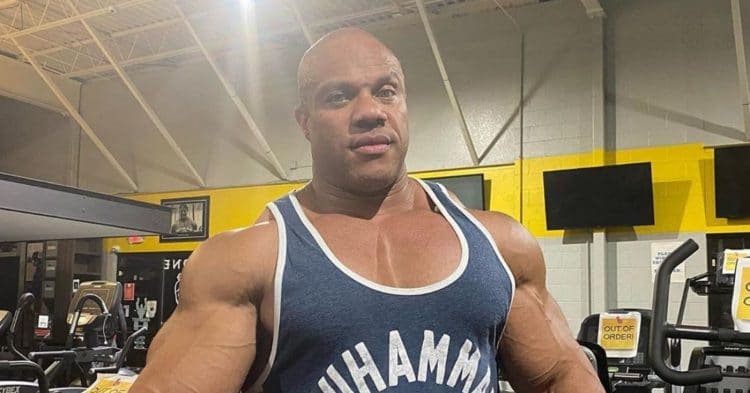 There have been some lingering questions about whether or not Phil Heath was going to keep competing, after coming in third at the 2020 Olympia. This seems to have been answered as he is rearing up for a comeback, feeling better than ever.

Heath returned to the stage in 2020, hoping to secure that elusive eighth Olympia title. Ultimately he fell short, coming in a somewhat controversial third place, that many felt could have easily been fourth instead.

This, along with some cryptic messages to his social media have led some to wonder if Phil was going to come back and compete again in 2021. It appears that we have that answer, after a post to his Twitter sees Phil discussing how his body is healing from injuries and he is feeling better than ever heading into the comeback season.

“I haven’t felt and LOOKED this good in a long time. Body is finally responding after these two hernia surgeries and also a torn MCL from 2020. I’m enjoying this process as all I think of is Triumph!!! #ComebackSzn #TheFutureIsBright” Heath wrote.

I haven't felt and LOOKED this good in a long time. Body is finally responding after these two hernia surgeries and also a torn MCL from 2020. I'm enjoying this process as all I think of is Triumph!!! #ComebackSzn #TheFutureIsBright

To be clear, this in itself does not necessarily signify when Phil will compete, but all expectations are that if he does step on stage in 2021, it will just be for the Olympia. He has hinted at competing in the new Athleticon event, but with its inaugural show delayed again, that won’t happen this year.

That said, Phil Heath says that he has recovered from several lingering injuries, and that his body is finally doing what he wants it to, and it this seems to be true. The photos he has shared recently are proof of that.

Phil is not one to normally share physique updates to his social media, but that has been changing over the last few weeks. It is clear just judging by how he is looking, and the work that he has been doing in the gym, that he feels more confident this year, than he did in 2020.

If Phil Heath is truly back and feeling as good as he claims to be, then fans are in for a treat this year. The overall feeling was disappointment in his package at the 2020 Olympia, so it will be interesting to see if he can learn from those mistakes and come back improved enough to win his eighth title.

Of course, that would be no easy feat even for a Phil that is at 100%. This year’s lineup seems stacked already, and Big Ramy was a force to be reckoned with last year.